Over 5,000 at-risk children have no social worker, Dáil hears 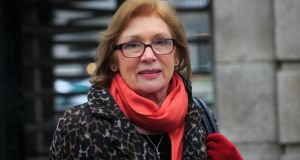 More than 5,000 children who have been brought to the attention of child welfare and protection services have still not been allocated a social worker, it has emerged.

Minister for Children Katherine Zappone told the Dáil on Tuesday there had been a 19 per cent reduction in the number of at-risk children without an allocated social worker since the end of 2015.

However, Labour spokeswoman on children, Jan O’Sullivan, said the target for the end of 2016 had been a 60 per cent reduction in the number of such cases.

She said the 19 per cent reduction “is totally inadequate for the children who have had no social worker allocated to them, despite the fact they are at risk”.

Ms Zappone said cases were assessed and prioritised according to risk.

She said that one of the key challenges was the recruitment of sufficient social workers and key support staff.

The Minister said an addition €4.2 million in funding had been provided to recruit almost 70 social workers and to deal with legislative issues.

Ms Zappone said she hoped an extra 200 social workers would be in place by the end of this year, bringing the total to 1,675 full-time workers.

The Minister said she had provided Tusla with an additional €37 million this year, bringing its overall allocation to more than €700 million.

She added that the 60 per cent reduction target had been “self-imposed”, but she was aware it had not been reached.

Referring to the case of Garda whistleblower Sgt Maurice McCabe, and the Tusla file that had been created on him that included false allegations of sexual abuse, Ms O’Sullivan asked the Minister about the closing of case files when there was no longer perceived to be a risk.

She said: “We really need to know how . . . incorrect data were still on the Garda system a year or so after it had been identified that they were not correct.”

Ms Zappone told her that systems were now in place to deal with such an issue.

She reiterated that she had requested a full review of the systems and processes of Tusla in this regard, because she too was concerned about the case.