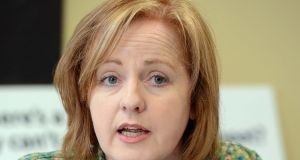 Solidarity TD Ruth Coppinger said the court fine imposed on Deputy Michael Lowry was ‘one law for the rich and another for the poor’. File photograph: Eric Luke

Independent TD Michael Lowry received a “chicken feed fine” for tax-related offences an opposition TD has claimed in the Dáil.

Solidarity TD Ruth Coppinger made the allegation as she pointed to a reference in the programme for government about improving tax compliance and asked if the Government would make legal reforms.

Ms Coppinger said that in the court case on Tuesday “a member of the Dáil was sentenced for filing false tax return, failing to keep proper company accounts, falsifying accounts and yet received a chicken-feed fine in the context of his wealth and a pat on the back from the judge rather than a rap on the knuckles, saying he was a great TD”.

Ms Coppinger said “I think what we’re seeing is one law for the rich and another for the poor. That is the conclusion of workers all around this country following this case.”

She then asked Mr Varadkar: “Are you going to oblige judges not to give their own personal opinions about one of their own but to actually prosecute serial tax offenders for tax evasion.”

Leas Cheann Comhairle Pat ‘The Cope’ Gallagher intervened and warned Ms Coppinger that “you can’t be referring to court judgments and making references such as that”.

Mr Varadkar said “tax offences and tax crimes are serious crimes in my view and the view of Government”.

“And in this case in the case of Deputy Lowry he got a fair trial and as a result of that there was a conviction and a barring from holding directorships and also a fine.”

But he said “it’s for the courts to hear cases and to make those decisions. We’re a democracy. We’re not the people’s socialist republic where politicians overrule judges. We’re not going to do that.”

He added as Ms Coppinger continued to protest: “We’re a democracy with separation of powers. We’re not Soviet Russia.”

Earlier the Taoiseach told Fianna Fáil leader Micheál Martin the Government had “no formal agreement, written or verbal with any Independent Deputy”.

Mr Martin said “the Taoiseach is always at pains to say there’s no written agreement between Deputies Michael Lowry and Sean Canney and the Government, but there is certainly constant contact and the assistance that is provided for their constituencies is never discussed publicly”.

Mr Varadkar insisted that “there is nothing to publish and nothing to hide”. But he said several Independent TDs generally supported the Government and because of that they were “happy for them to raise constituency or policy issues with Ministers. If we can work on them we do and where we cannot we do not.”

When Mr Martin insisted “that’s a deal” the Taoiseach said that TDs such as Mr Lowry and Noel Grealish did not always vote with the Government.