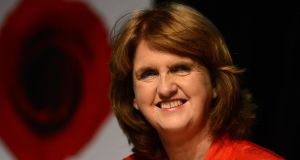 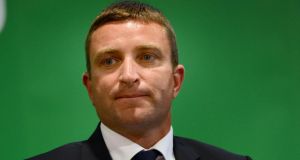 A Garda presence is the only way to deal with anti-social behaviour in the city, Tánaiste Joan Burton told the Dáil.

In heated exchanges with Fianna Fail justice spokesman Niall Collins, who criticised anti-social behaviour and drug pushing in the centre of Dublin, Ms Burton said he seemed to be unaware of what gardaí were doing there.

They were going door-to-door to residents and businesses, she said. “That presence, I welcome,’’ she added. She said the Garda Commissioner was focusing on that strategy to reassure people.

Rounding on Mr Collins, Ms Burton said gardaí were being trained, unlike when Fianna Fail was in power. “You closed down Templemore,’’ she said. “You put the shutters on [it].’’ She added that a Fianna Fail-led government had also cut Garda pay.

Mr Collins said those who lived, worked or socialised in Dublin wanted to experience a modern and vibrant city. Unfortunately, however, there was a dark side which was witnessed by the death of John Corrie in the shadow of Leinster House.

There were also media reports of people taking drugs behind the Leinster House complex in daylight, he said.

The Dublin Business Association (DBA) had told a tale of crime in Dublin city centre which was quite shocking. “They tell us about shoplifting, drug taking, handbag snatching, aggressive begging . . .’’ said Mr Collins.

Ms Burton expressed sympathy with Mr Corrie’s family and friends. Without doubt, she said, anybody who had lived or spent time in Dublin city centre would know that, over a long time, there had been a significant problem with drugs.

She said she had met with the DBA to discuss making the city centre more attractive.

A critical issue was substance abuse and the way to deal with was through community policing, said Ms Burton. Government, in recent days, gave the go-ahead for a significant supplement for the gardaí to cover overtime and investment in additional resources, she said.