Taoiseach points to progress made in job creation 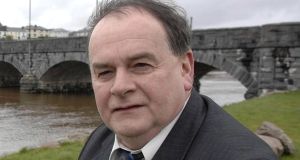 Approximately 25 per cent of young people between 18 and 35 years were unemployed, Independent TD Tom Fleming told the Dáil.

“This figure does not include those who have emigrated, who would account for 7 per cent or 8 per cent of that age group, thus giving an overall youth unemployment rate of 33 per cent or one-third,’’ he added.

Mr Fleming said there was a need for more training centres, with greater liaison between employers and industry so that skills could be matched to jobs.

The Kerry South TD said Irish parents faced the highest creche bills in Europe, which prevented some people from entering employment. He urged Taoiseach Enda Kenny to ensure the issue was addressed because of the great financial strain it was placing on young couples with children.

Mr Kenny said figures from the Central Statistics Office showed unemployment now stood at approximately 10 per cent, having reached 15 per cent only a few years ago.

“I hope this will bring the country back to full employment,’’ Mr Kenny added. “According to the most recent figures, 1.9 million people are working, which is the highest number since 2009.’’