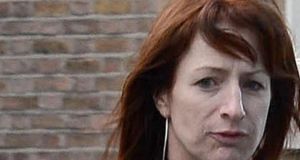 Clare Daly: “Evidence of unlawful Garda activity towards Ian Bailey has been known by this State since 2001 and the DPP’s report.”


The Commission of Investigation into the recording of telephone calls at Garda stations will cost €2 million this year, according to Taoiseach Enda Kenny.

Speaking in the Dáil in support of the Commission of Investigation (Certain Matters relative to An Garda Síochána and other persons) Order 2014, Mr Kenny said the €2 million estimate was based on the assumption that its work would finish this year.

He said the staffing requirements of the commission would reflect the scope of the terms of reference and the ambitious timescale involved.

“The exact requirements of the commission will become clearer once the commission is established and begins to scope out its work in more detail. The appointment of staff and their terms and conditions will be subject to approval by me, with the consent of the Minister for Public Expenditure,” he said.

“Based on an initial assessment, a cost of €2 million is deemed a reasonable estimate for 2014 and it is proposed to provide for this from the vote of the Department of the Taoiseach. ”

Tánaiste Eamon Gilmore said the public was entitled to know why the Garda Commissioner left office earlier than he originally planned. “The public is entitled to the full facts,” he said.

He was “happy to rely” on the accounts given by members of the Government who were party to these events in the time leading up to the commissioner’s retirement. He added that he believed Mr Justice Nial Fennelly would be able to “set out the sequence of events in full so that the public can make its own judgment”.

Fianna Fáil justice spokesman Niall Collins said it should not require a Supreme Court judge conducting a commission of investigation to tell us “what the Taoiseach knows about the circumstances of the retirement of the former Garda commissioner”.

Addressing the Taoiseach, who for much of the debate was the only person sitting on the Government benches, Mr Collins asked: “Why was something that was occurring for almost 30 years suddenly the catalyst that pushed Mr Callinan over the edge or allowed you to throw him under the bus?

“These are all questions that you can answer. We do not need Mr Justice Nial Fennelly to tell us this. Taoiseach, you could answer if you put your mind to it. You are choosing not to.”

Sinn Féin justice spokesman Pádraig Mac Lochlainn said Minister for Justice Alan Shatter had known since early 2012 of a critique by the office of the Director of Public Prosecutions of the initial Garda investigation into the Sophie Toscan du Plantier murder, the case at the centre of Garda tapes controversy. He said the DPP’s critique “rips that entire investigation to shreds”.

Yet, he said, the Minister stood back and let the investigation continue. Even now, the Government continued to defend a civil case taken by Ian Bailey and his partner Jules Thomas and “to allow the French authorities to come to our jurisdiction on the flimsiest of evidence provided by our own authorities that has been entirely dismantled”.

Ms Daly said there were representatives of the French legal system in the Dáil public gallery because the story had become international.

“If the Government was serious about getting to the bottom of how the Garda operates in this State,” she added, “then the entire operation of the west Cork force should be brought under the remit of the commission of investigation.”