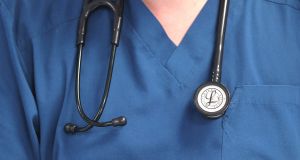 The health service plan for next year has been described as a work of fiction without enough funding to deliver services.

Fianna Fáil health spokesman Billy Kelleher said the plan, which outlines service targets and budget for 2017, had a headline increase of €459 million. Yet when demographics and salaries were taken into account, “there is just €61 million available, and only €9 million of that is available for the hospital system”.

He said people would not able to access services right across the health system.

“The health service plan is another work of fiction, not built on solid foundations.”

Pointing to remarks by HSE chief executive Tony O’Brien, Mr Kelleher said that within a few years the HSE would be unable to provide elective surgeries and would be confined to emergencies.

However, Tánaiste Frances Fitzgerald stressed it would be the biggest health budget allocation in the State’s history, “and thankfully we will have an economy to provide it”.

She said there was an over €1 billion increase since last year. The health service plan would maintain existing services while delivering new services.

The Tánaiste said there were a lot of different areas with significant achievement. There were major improvements in disability services with the provision of places in day-care for people with disabilities.

There were additional medical cards for those receiving domiciliary care, an improved home-care service for the elderly and improvements in national ambulance delivery.

In addition, she said the waiting list for the Fair Deal nursing home-care service was now down to four weeks.

Mr Kelleher said he admired the Tánaiste’s defence “of this work of fiction, but this service plan will deliver longer waiting lists”.

Ms Fitzgerald said she had acknowledged that, given the increasing population and increased numbers in acute hospitals, the HSE would have to manage in the most efficient way.

However, she said improvements were constant, giving the example of the HSE special delivery team at the University of Galway hospital which was supporting the efforts there in the emergency room. Special teams were working there and in other areas where there were still pressures.

She added that in Beaumont Hospital the numbers waiting had reduced with the help of a special team.