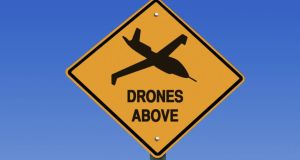 Ireland’s drones were “an information-gathering asset which have no offensive capability”, said Minister for Defence Alan Shatter.

Ireland’s Defence Forces have operated unmanned aerial vehicles (UAV) or drones since 2007, but Minister for Defence Alan Shatter said they are unarmed. He told the Dáil the drones were “an information-gathering asset which have no offensive capability”.

Independent John Halligan noted that one disappeared in Africa in 2008 after a technical error. Mr Shatter said the drones were deployed as part of the EU-mission to Chad and the Central African Republic in 2008, but they have not been used in overseas missions since April 2010. The Minister told the Waterford TD: “No further UAV is missing.”

Mr Halligan expressed concern the EU was creating its own version of the US National Security Agency, when its new military body indicated it planned to operate spy drones, surveillance satellites and aircraft. Mr Shatter said he was “not aware of any EU agency which is seeking as an EU agency on its own to acquire military equipment of any nature or seeking, as an EU agency, to acquire, purchase and use large numbers of drones”.