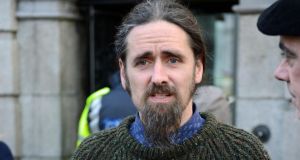 The byelections to replace two TDs who have been elected to the European parliament, will take place on Friday, October 10th, Taoiseach Enda Kenny has confirmed.

Fine Gael’s Brian Hayes of Dublin South West and Independent TD for Roscommon South-Leitrim Luke “Ming” Flanagan were elected as MEPs in May.

He said both candidates were “ably qualified to represent the needs and interests of each constituency if selected to do so by the people”. He said the extensive plan the Government had been implementing for economic recovery was working and “our country is now moving in the right direction”.

She said Labour’s candidates were Cllr Pamela Kearns in Dublin South West and Senator John Kelly in Roscommon-South Leitrim and she described them both as “excellent and hardworking public representatives”.

Sinn Féin leader Gerry Adams said he was asking the electorate in Dublin South West and Roscommon-South Leitrim “to vote to make the change and to vote for Cathal King and Martin Kenny”, who opposed unfair cuts and austerity.