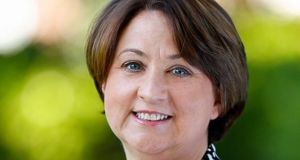 Fianna Fáil spokeswoman on children Anne Rabbitte said the Sale of Illicit Goods Bill would put the onus back on adults for child protection.

Children are being used as “mules” in the sale of illegal alcohol and cigarettes and a Bill to combat smuggling aims to put the responsibility back on adults for such illegal activity, the Dáil has heard.

Fianna Fáil spokeswoman on children Anne Rabbitte said “it is far too easy for adults to be using children as mules in the sale of illicit goods” and the legislation would put the onus back on adults for child protection.

The Sale of Illicit Goods Bill introduces on-the-spot €100 fines for the purchase of smuggled alcohol, cigarettes and solid fuel, making it illegal to buy such products from an unlicensed or unregistered retailer, where taxes have not been paid.

The Bill was introduced by Louth Fianna Fáil TD Declan Breathnach on behalf of campaign group Retailers Against Smuggling.

Mr Breathnach said that currently “there is no deterrent to purchasing smuggled goods as it is not a crime”.

He said: “The primary benefit is not to create a punishable crime but that there is a clear message being sent out that one should not purchase these products because they’re facilitating criminal gangs by doing so.”

Mr Breathnach said smuggling used to be considered a form of “cute hoorism, a fairly innocuous activity where people in the border regions found ways of earning that little extra income”.

But it had moved to being a “massive criminal activity that is causing huge losses to the exchequer”.

Mr Breathnach cited festival organisers, who he said “were approached and offered lucrative amounts to sell the empty big brand vodka bottles which they intended to fill up with cheap booze”.

He said smuggling had resulted in a loss of up to 30 per cent of income to retailers, including the add-on sale of groceries that shoppers might also buy in a store.

Figures showed that 13 per cent of all packs of cigarettes in Ireland are illegal and cost the exchequer €229 million in taxes in 2017 alone, he said with an estimated €1.7 billion loss between 2010 and 2017.

Minister of State for Finance Michael D’Arcy however rejected the Bill and said it was suppliers rather than customers who should be targeted.

He supported the objectives of the legislation but said it raised serious issues including more “onerous powers of search and arrest”, including giving Revenue Commissioners the power to search a person. This would commit Revenue “to a policy of increased physical confrontation with persons for which they are not equipped or trained”.

Mr D’Arcy added that it would be extremely difficult if not impossible to provide evidence that a person knowingly bought illicit goods.

“The proposals contained in the bill are not just unworkable but would undermine the good work that is ongoing in this area by diverting resources from where they are most required.”

Sinn Féin TD Caoimhghin O Caolain said his party would not oppose the Bill but warned that “there are legitimate concerns about the criminalisation of the end user”. He said “the real criminals are those who manufacture, distribute and supply these illicit goods”.

Labour finance spokeswoman Joan Burton called for a greater focus of customs and excise checks in areas such as Dundalk and Letterkenny “to crack down on these activities”.

Independent TD Michael Healy-Rae criticised the pop-up fuel stations that used washed diesel which could damage cars. “It is the same as robbing the bank and who they’re robbing is the taxpayer.”