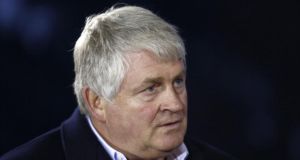 Denis O’Brien has written to Independent TD Catherine Murphy to state he is disappointed that information ‘which you know to have been stolen’ was used to make seriously accusatory statements in the Dáil. Photograph: Getty

Independent TD Catherine Murphy said she had an obligation to act on the information about businessman Denis O’Brien’s banking arrangements with Irish Bank Resolution Corporation (IBRC) that came to her “in good faith”.

Ms Murphy was reacted on Sunday to the content of a letter addressed to her from Mr O’Brien, which has been seen by a number of media outlets and published in full on The Irish Times website.

“I’ve seen the letter now, although it still hasn’t been properly delivered to me,” she said.

“At the core of all this is IBRC. It’s a bank we didn’t want. We assumed all those liabilities and in the assumption people lost public services.

“There are a set of rights that are not being articulated in that letter and they are the rights of citizens.”

Ms Murphy, who represents the constituency of Kildare, said: “In terms of rights there’s no such thing as an absolute right. Of course people are entitled to their good name and to have their commercial interests respected, but the people have rights too. It’s about balancing those rights,” she said.

“As far as I’m concerned, the information that came to me I believe came in good faith and I’ve an obligation to act on that.”

Reacting to Mr O’Brien’s spokesman James Morrissey’s claim on RTÉ radio on Sunday that the documents in Ms Murphy’s possession contained “erroneous figures and numbers” and had been altered, Ms Murphy said: “Let them put the unaltered documents out if that’s the case and let’s see the comparison of both and let people make up their minds”.

In the letter Mr O’Brien expresses his dissatisfaction with how Ms Murphy had handled issues linked to his personal banking relations with IBRC.

The letter, addressed to Ms Murphy’s Dáil and constituency offices, relates to new claims about Mr O’Brien’s arrangements with the Irish Bank Resolution Corporation (IBRC) made under Dáil privilege on Thursday by Ms Murphy.

Minister for Transport Paschal Donohoe said on Sunday it was unacceptable Irish media outlets cannot report on the Dáil statement made by Ms Murphy while foreign media can.

“There will be a discussion and debate in the Oireachtas in relation to this. This is an exceptionally serious matter,” Mr Donohoe told RTÉ.

“I do not believe it’s tenable that media outlets in Ireland cannot report what on is taking place in our parliament and media outlets outside of Ireland can and are. That is not acceptable.”

In his letter to Ms Murphy Mr O’Brien states: “While I respect your entitlement to freedom of expression, I am very disappointed that, based on information which you know to have been stolen you made seriously accusatory statements in the Dáil which are materially inaccurate and in spite of acknowledging the terms of an injunction granted by the courts of the State you knowingly breached that injunction on the grounds that your interpretation of the public interest is to be favoured over the determination of where the balance of the public interest lay by the High Court.

“Even RTÉ acknowledged the right to confidentiality of my personal banking relations and claimed an entitlement to disclose certain details of those relations with IBRC ‘in the public interest’.

“That claim was tested by the court at injunction stage but rejected. All of this was known to you when you stood up in the Dáil yesterday and abused the privilege afforded to you by virtue of your being an elected representative.

“Such abuse in the circumstances of there being in place not just court proceedings but a High Court Order directly affecting the subject matter of your address, is contrary to the determination of the courts of the State and an abuse of Dáil privilege as well as being a breach of Dáil Standing Orders, specifically Standing Order 57 (3) which states that ‘a matter shall not be raised in such an overt manner so that it appears to be an attempt by the Dáil to encroach on the functions of the Courts or a Judicial Tribunal’.”

Mr O’Brien said he reserved his “right to take such steps to vindicate my rights against you as I may be advised.”

Ms Murphy said she had not taken legal advice before making her statement to the Dáil, but had done so subsequently and been advised that she should have “no concerns”.

She also said she has received widespread support from her Oireachtas colleagues following her Dáil statement about Mr O’Brien’s banking arrangements, with the exception of members of the Government.

The Independent TD said her comments had prompted a constitutional question as there was something “quite fundamental in the record of the Dáil being open to the public”.

“We are living in a democracy and [THIS MATTER]goes to the heart of democracy.”

Lawyers acting on Mr O’Brien’s behalf claimed the details she referred to were covered by an existing temporary injunction the businessman succeeded in getting after High Court proceedings last week.

Mr O’Brien’s spokesman James Morrissey said on Sunday he was satisfied the documents referred to by Ms Murphy contained “erroneous” figures and numbers, and the information contained in the documents had been “altered”.

He described Mr O’Brien as an Irish citizen who had a right to privacy in his financial matters. An individual was entitled to take a course of action, Mr Morrissey added.

Mr Morrissey said Mr O’Brien had taken an action against RTÉ broadcasting details of his banking affairs with IBRC as a “point of principle in relation to the privacy of his financial affairs”.

Speaking on the same programme, Fianna Fáil leader Micheál Martin accused Mr Morrissey of attempting to “bully and intimidate” Ms Murphy, who he described as a parliamentarian held in high regard across the political divide.

Legal uncertainty caused by the injunction means a number of mainstream media outlets in Ireland, including The Irish Times, had decided not to publish Ms Murphy’s Dáil statement.

As a result, Mr Martin said: “Fear stalks the land in terms of the journalistic landscape.”

The Irish Times and RTÉ will be applying separately to the High Court on Tuesday to clarify the position in terms of reporting Ms Murphy’s statements in the Dáil.

Mr Martin said the situation was “unhealthy” and in “dangerous territory” and went to the “very fundamental heart” of democracy.

Mr O’Brien secured an injunction preventing RTÉ from broadcasting a report on the substance of the subject at the centre of Ms Murphy’s comments.

That order was also directed at any person or media outlet on notice of it, including The Irish Times.

“The Irish Times believes it is vitally important that we publish a matter of public interest raised in our national parliament, and will apply to the court for confirmation we can do so,” said Editor Kevin O’Sullivan.