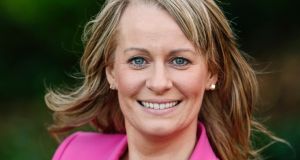 The 32nd Dáil proved a major learning curve for Niamh Smyth (41) when just a year after being elected for the first time in 2016 she had a baby girl, Juliet. She highlighted the challenges facing TDs who are new mothers when she introduced legislation to provide them with 18 weeks maternity leave. Pregnant TDs Oireachtas members have to provide a “sick cert” to get time off to have their children. A secondary school teacher, before her election she was an arts and education officer for the Cavan Monaghan Education and Training Board, a role helped her appointment as the party’s culture and heritage spokeswoman. She is also president of the party’s women’s network and has pushed for improvements to encourage more women to stay in politics. From Bailieborough, Co Cavan she was a member of the county council from 2009 to 2016. Noted in the Oireachtas for her sartorial style.