A look back at all the big events to face the government over the last 12 months. Video: Enda O'Dowd 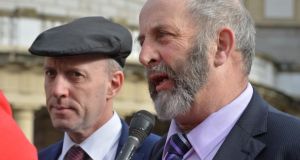 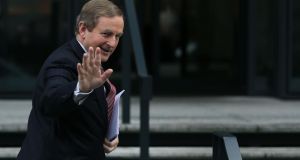 Taoiseach Enda Kenny’s promised reform of Irish politics was heralded as a new dawn where the Dáil, rather than the Government, would be in control. Photograph: Brian Lawless/PA Wire

The results of the general election had barely trickled in when party leaders began promising radical reform of politics in Ireland.

It was heralded as a new dawn where the parliament, rather than the Government, would be in control.

The power to set the business of the Dáil was stripped from the Government and tasked to a specially established business committee.

It was one of many new committees established, including a committee for committee chairmen and a committee to assist in preparing a Budget that is in reality decided by Fine Gael and Fianna Fáil. To allow the committees pursue their work the Dáil does not sit until midday.

There are three Private Members’ opportunities a week (when Opposition parties can put forward a motion or legislation), votes are grouped together once a week, abstain buttons were installed and new politics became the buzzphrase of the 32nd Dáil.

It took a while but many in Leinster House have concluded that the promised radical change has resulted in the same old politics that moves at a snail’s pace.

Sinn Féin TD Pearse Doherty insists there is no difference between the 31st and the 32nd Dáil. “It is window dressing in my opinion. Yes, there is more opportunity to put forward motions or have legislation passed but they never progress any further than that.

“New politics means nothing: nothing is happening. It is deeply frustrating.”

Doherty has a point. Two pieces of legislation he proposed have received all-party support but are stalled at committee stage.

Independents4Change TD Joan Collins pushed a Bill to allow for a referendum on enshrining public ownership of water services in the Constitution. Labour won a vote on improving workers’ rights, People Before Profit TD Gino Kenny had legislation passed allowing for the use of medicinal cannabis, Fianna Fáil secured agreement on giving the Central Bank powers to control variable interest rates, the list goes on.

While they all move past the first hurdle they never make it near the finishing line. All have passed to committee stage but have not progressed to report or final stage.

Fianna Fáil TD John McGuinness chairs the Oireachtas committee on finance and says they have 12 Opposition Bills to process, as well as Government legislation and their outstanding business.

“It is a layer of bureaucracy that is ensuring absolutely nothing gets done.”

The business committee is chaired by the Government chief whip Regina Doherty and attended by a representative from each party – Fianna Fáil, Sinn Féin, the Anti-Austerity Alliance and People Before Profit, Labour, the Rural Independents, the Independent Alliance, Independents4Change and one person from the Green Party-Social Democrat grouping.

They meet every week and decide the business of the week by trying to seek consensus from the staunchest of political opponents. Most of the time it works but on several occasions their decisions have been undermined by the Dáil.

Fianna Fáil chief whip Michael Moynihan said the business committee had a number of faults. The most glaring, he said, is the notice that has to be given before Private Members’ time can be allocated.

The two main political parties have accepted this new arrangement does not work for them. Fine Gael and Fianna Fáil have the largest representation in the House yet possess similar speaking time as groupings that have six representatives.

That is a source of great frustration to Fine Gael and Fianna Fáil TDs. Despite the fact that they are the largest parties in the Dáil, there is a sense that Independent TDs or smaller parties have more rights than they do.

In the constituency of Kerry, for example, there are two Independent TDs and a representative each from Sinn Féin, Fine Gael and Fianna Fáil.

Anti-Austerity Alliance TD Paul Murphy says it is unfair to make such comparisons. “There is an attempt now, in particular by Fianna Fáil, to diminish the speaking rights of smaller groupings.

“Fianna Fáil speak first and have more time than smaller groupings. The bigger parties also have more speaking time on motions and on Bills. From our perspective it is a very important platform. We are the only grouping advocating a certain position and that needs to be heard as much as Fianna Fáil and Fine Gael’s position.”

Fine Gael TD Fergus O’Dowd said he did not begrudge any Independent TD having adequate speaking time. However, the same rights should be afforded to Fine Gael TDs, he said.

“What is happening is two hours are allocated to debates and Fine Gael’s time is taken up by the Minister. However, the position of the party and the Government are sometimes different. All we are asking for is fairness and for the vote our party received to be recognised.”

Government chief whip Regina Doherty has acknowledged this is an issue and is seeking to address this with the Dáil reform committee.

On the whole she is a defender of the current Dáil, citing the passage of 20 Bills as a successful and productive Dáil.

The legislation includes measures to suspend water charges, to establish a citizens’ convention, to criminalise the purchase of sex and to control excessive rent increases.

However, the most divisive Bills have yet to rear their head, including reforms to judicial appointments, the Public Health Alcohol Bill and legislation to disqualify all drink drivers.

So far new politics has been more effective in postponing decisions than making them.