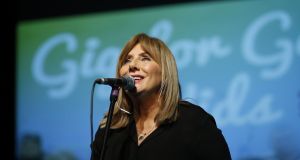 Independent Senator Frances Black: her Occupied Territories Bill is subject to a money message. “The Government is misusing the rules to veto Bills they don’t like, even when the Dáil votes to pass them. It’s fundamentally anti-democratic and has to be challenged.” Photograph: Nick Bradshaw

Opposition parties will move this week to end the controversial “money message” device the Government has used to effectively block all but a handful of non-government Bills.

Fianna Fáil TD Jack Chambers will tomorrow seek approval from his party’s front bench to change a standing order of the Dáil that has stalled 55 Bills tabled by Opposition TDs and Senators, on the grounds they will incur a cost, even as an incidental expense, to the State.

Under the current rules, such a Bill requires a “money message”, essentially the written permission of the Taoiseach.

As of this month, only three of the 55 Bills on the order paper that have passed second stage, have received positive money messages, and two have been rejected. The other 50 have been in a parliamentary limbo, some of them for many months. A further 18 Bills tabled by Opposition parties and Deputies might also be deemed to require money messages.

The Opposition has claimed the narrow interpretation by the Oireachtas Bills office of “incidental expense” has led to a ludicrous situation where the vast majority of Bills fall into this category.

“It is probably unconstitutional,” said Mr Chambers, whose own private members’ Bill on behalf of Thalidomide victims was made subject to a money message.

“The Government can hide behind this standing order to block any legislation it does not agree with. It diminishes the status of one of the three pillars of the State, the Oireachtas, from carrying out its constitutional functions.”

Mr Chambers has proposed that the Dáil standing order be changed to allow Bills that incur expenses that are incidental rather than consequential. The change, which looks likely to be adopted by Fianna Fáil, will be widely supported by non-Government players.

The use of the current device in this Dáil has been fiercely criticised by all Opposition parties and groups, which have accused the Government of using it to strike down legislation they don’t like.

Recently examples of “money message” legislation include the Climate Emergency Bill, the Bill to protect tips of staff in the hospitality sector, the Occupied Territories Bill, the Family Reunification Bill and a Bill to relax the statute of limitations to allow Thalidomide victims (whose cases date back half a century) to pursue legal cases.

Under the Constitution, there is a bar on non-government Bills that propose to raise revenue or will involve the spending of public money. But the Dáil standing orders also specifically refer to “incidental expenses”.

Independent Senator Frances Black whose Occupied Territories Bill is subject to a money message said: “This is really serious. The Government is misusing the rules to veto Bills they don’t like, even when the Dáil votes to pass them. It’s fundamentally anti-democratic and has to be challenged.”

People Before Profit TD Bríd Smith has also highlighted how the Government has invoked a money message on the Climate Emergency Bill, which was unopposed during its second state in the Dáil.

She said the Government claimed it would have to repay application and rental fees paid by companies engaged in exploration and the State could be sued for loss of earnings. Ms Smith said it was a cynical ploy by the Government to block the Bill.

In the three years of the 32nd Dáil, there have been almost 300 private members’ Bill, of which 100 have been agreed at second stage. The majority of those have required a money message but only seven have received them. In all, only 10 Bills which originated from backbench TDs and Senators have been enacted since 2016.