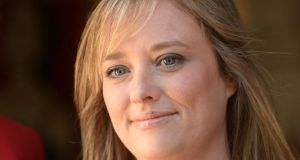 Votes in the Seanad byelection are due to be counted on Friday and Labour Party nominee Maíria Cahill is certain to be elected to the seat vacated by Labour Senator Jimmy Harte. File photograph: Eric Luke/The Irish Times

Maíria Cahill has described her membership of the dissident group Republican Network for Unity (RNU) as a mistake.

Ms Cahill, a candidate in the Seanad byelection, has come under pressure in recent days to detail her involvement with the RNU in 2009 and 2010.

Speaking on RTÉ radio, Ms Cahill confirmed she was national secretary for the dissident group, but resigned within hours.

She said: “I am the first person to say it was the wrong thing to do, I regret it deeply and I am deeply sorry for it.”

Ms Cahill had declined to participate in media interviews or answer questions on the issue in recent days.

Ms Cahill is involved in a legal case with Ms McCartney and has declined to speak on the issue due to this.

However, she told RTÉ radio on Thursday she joined the RNU at a time when her life had spiralled and she felt isolated from the place she lived in.

Ms Cahill said she is not proud of her actions but insists she should be allowed to move on once she accepted responsibility.

She said: “It was the wrong thing for me to do. People do things which were wrong. That’s not me today and it hasn’t been me for a very long time.”

Ms Cahill has alleged she was raped by an IRA member and had to face her alleged assailant in a republican-style court.

She said she is no longer involved with the RNU and said she no longer considers herself a republican.

In a letter to The Irish Times, Ann Travers, the younger sister of IRA victim Mary Travers, urged support of Ms Cahill.

She wrote: “So it saddens me , when I see a friend of mine, whom I know to be a good person, vilified for mistakes she made when she was younger and at a period in her life when she was dealing with the after-effects of abuse.

“Any of us who have suffered a trauma, especially in our formative teenage years, know that poor choices, which you wouldn’t usually have made, can happen at any time in life.

“It’s human to make mistakes, but when they are recognised they shouldn’t be allowed to define anyone - and Maíria should not be beaten forever and a day for her mistakes, which she regrets.”

Certain to be elected

Votes in the Seanad byelection are due to be counted on Friday and Ms Cahill is certain to be elected to the seat vacated by Labour Senator Jimmy Harte.

TDs and Senators are eligible to vote in the byelection.