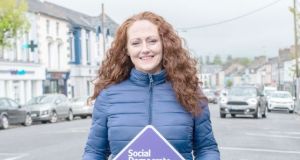 A local election candidate who campaigns on domestic abuse has said there are still no women’s refuges in Co Cork, even though it is the largest county in the State.

Cllr June Murphy, who had to travel to Ennis, Co Clare to access the safety and services of a women’s refuge, has said that 15 years later there are still no accommodation services in Ireland’s largest county.

“There are two refuges in the city but none in the county and that’s criminal when you see the figures from Yana (You Are Not Alone) North Cork Domestic Violence Project”, which showed a significant increase in the number of women accessing its services in the past three years.

The former Sinn Féin councillor who ran in the 2002 general election in East Cork, left the party in 2015 and joined the Social Democrats a year ago.

Last month she addressed Cork County Council to appeal for a refuge and safe houses for the growing number of women attempting to escape abusive relationships.

Cllr Murphy told her colleagues about her own experience of abuse when she and her son were forced to go to Ennis with just clothes and a box of toys. The council’s housing special purposes committee is to look at the possibility of setting up a refuge or establishing a series of safe houses around the county.

Speaking in the final week of the election campaign, Cllr Murphy recalls that she turned 30 in that refuge where they stayed for three months. Such refuges are vital for women “who need a place to feel safe”. She pointed out that Cork city’s services are over-stretched as are the nearest other services in Ennis and Tralee, Co Kerry.

Attitudes are changing about what is acceptable and what is not “but an awful lot more work needs to be done”.

The Fermoy municipal area candidate added that “there’s still a culture that sees abuse as only a bit of banter. And there’s still a ‘don’t get involved’ attitude, specially in more rural areas where society is more tight-knit, and where they can make the man out to be the pillar of the community”.