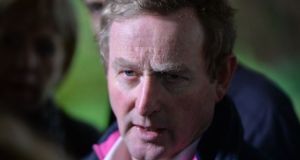 Taoiseach Enda Kenny has dismissed a proposal by Cabinet colleague Mary Mitchell O’Connor for a 30 per cent tax rate for returning emigrant graduates.

The so-called emigrants’ tax was to be aimed at those earning more than €75,000 in specialist jobs in areas such as medicine, science, IT and finance would see those eligible paying the rate of just 30 per cent.

Mr Kenny was replying in the Dáil on Wednesday to Fianna Fáil leader Micheál Martin, who asked if he accepted the Minister for Jobs, Enterprise and Innovation’s proposal, was “unfair and discriminatory’’.

Mr Kenny replied: “Yes, I do.’’ He said it would be “unfair and discriminatory, of course’’ if a returning emigrant paid a different rate of tax simply because they had come back to live in Ireland.

Mr Martin said it beggared belief such a proposal could be put forward, adding graduates were thinking about “who came up with this bananas idea’’.

Ms O’Connor, in a pre-budget submission, suggested the preferential tax rate would apply to those earning in excess of €75,000.

Mr Martin said there was a lot of anger at how such an out-of-touch proposal could get to the stage where a Minister essentially announced it to all intents and purposes.

Anybody who stayed in Ireland would effectively be punished by the proposal, said Mr Martin.

He asked the Taoiseach if he thought such a proposal was discriminatory against people who graduated and worked in Ireland.

Mr Kenny said no decision had been made on the proposal by the Cabinet.