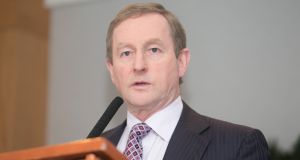 Taoiseach Enda Kenny told the Cabinet on Tuesday the Dáil will resume in January dampening speculation on an early election.

Mr Kenny informed his colleagues at their weekly meeting the House will return on January 13th, 2016.

The comments play down widespread speculation the Taoiseach would call the election in early February.

Mr Kenny also told his Fine Gael and Labour colleagues a Cabinet meeting is to be held on January 5th to consider promising exchequer figures.

A senior Government source said: “The Taoiseach was very emphatic that the Dáil would return and business should continue as normal.

“The Cabinet was not to meet until the 14th. There will now be one on the 5th.”

The Dáil and Seanad has been pushing through 16 Bills this week and last, in the run up to the Christmas recess with a number of them being guillotined.

The Dáil adjourns on Thursday for Christmas and the Seanad on Friday.

With the guillotine imposed speculation erupted again about a possible January election. This would have meant no return of the Dáil in the new year.

And on Tuesday morning, at the last Cabinet meeting before the recess, there were 40 items on the agenda.

Last week the Taoiseach said the House would resume in the new year.

In the Dáil on Wednesday, he was more specific, and said it would return on January 13th, creating revised speculation about a late February poll.

The schedule for what is expected to be a brief post-Christmas Dáil session will include a debate on the Constitutional Convention.

Fianna Fáil chief whip Seán Ó Fearghaíl said the Government had repeatedly promised a debate before Christmas on the three outstanding reports of the convention, but this had not happened.

The Taoiseach said he accepted responsibility for the debates not taking place and said he was giving Mr Ó Fearghaíl “an undertaking that the issues will be discussed when the Dáil resumes on January 13th”.