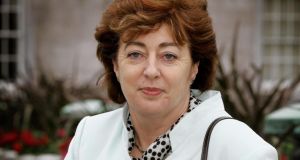 The technical group is seeking an urgent meeting with Ceann Comhairle Seán Barrett in a dispute over Dáil speaking time.

The letter said the clock would be operated on the basis of the time limits set down in standing orders and not on the members’ share of speaking time.

The new system, which came into effect yesterday, will have consequences for Independent TDs and possibly Renua Ireland, which relies on the group for speaking time.

The chamber clock was previously shared among every member of the House but will now be allocated in bulk, meaning a number of TDs could be left without speaking time.

“In recent times, the number of incidents has increased where the overall time limits have been exceeded, which causes difficulties in chairing the proceedings because the chair is obliged to implement standing orders,” principal officer of the House of the Oireachtas Service Patricia Doran said.