HSE to review care given to woman in abortion case 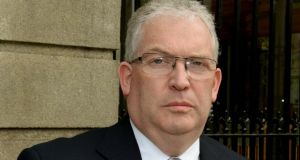 HSE director general Tony O’Brien requested a report ‘that establishes all of the facts surrounding the care given to a woman who had her pregnancy ended pursuant to the Protection of Life During Pregnancy Act 2013.’ Photograph: David Sleator/The Irish Times 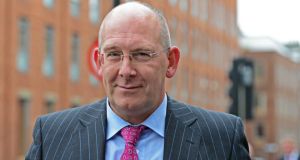 Master Rotunda Dr Sam Coulter-Smith said the Protection of Life During pregnancy Act worked well in a number of instances but was silent in a number of key areas. 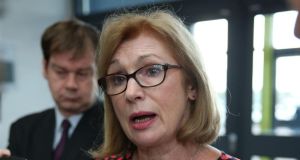 Of the Protection of Life During Pregnancy Act, Minister for Education Jan O’Sullivan has said: “I don’t think it’s necessarily that the legislation is flawed.” Photograph: Niall Carson/PA Wire

The Health Service Executive (HSE) is undertaking an internal review to report on the care given to a woman at the centre of the abortion controversy.

HSE director general Tony O’Brien has requested a report “that establishes all of the facts surrounding the care given to a woman who had her pregnancy ended pursuant to the Protection of Life During Pregnancy Act 2013.”

In the latest abortion controversy it has emerged that a young woman asked for and was refused an abortion after she had been raped. Her baby was later delivered by Caesarean section.

The director geneneral wants the report to establish “the full facts surrounding the matter, the sequence of events, the care given to the woman involved, the operation of the 2013 Act and any learnings that can be gleaned from the case,” according to a statement from the Executive tonight.

It is hoped the report will “end any inaccurate commentary surrounding this matter currently,” the statement said.

The report will not seek to review the desicion taken by climinans involved because “they had a specific Statutory function as detailed in the 2013 Act”, the statement said.

The report is due to be completed by the end of September and published by the HSE.

Earlier today Minister for Education Jan O’Sullivan has said she believes the constitutional ban on abortion should be revisited by a future government, but that the legislation introduced by the Coalition was “the best possible” under the circumstances.

Asked about the case this week, she said: “The legislation that was introduced was all that was possible under the Constitution.”

She said that, while the matter was being monitored, “I don’t think you can make decisions on the basis of one case - albeit a very difficult case.”

She had a particular concern, however, about dealing with the case of a woman carrying a foetus that is not viable and will not survive pregnancy.

“I think the future government will have to look at another referendum and I personally would be concerned in particular about where the mother has to carry a foetus that is not going to survive outside the womb.”

Separately, the Master of the Rotunda Hospital called for another referendum on abortion to remove confusion around the areas of pregnancy following rape or incest and congenital malformation.

His call was echoed by Labour party TD Anne Ferris but Minister of State with Responsibility for Equality Aodhán Ó Ríordáin has said it was not possible for the current Government to hold such a referendum.

Dr Sam Coulter-Smith said women were “well capable of making up their own minds as to what is best for them” and said they faced a variety of issues in pregnancy.

“As clinicians we want to be in a position where we can support women in their choices. We need legislation around that to protect us, particularly the area of rape, incest and congenital malformation,” he said.

Speaking about the issue on the Sean O’Rourke programme on RTÉ Radio, Dr Coulter-Smith said the Protection of Life During pregnancy Act worked well in a number of instances but was silent in key areas, “such as the gestation at which you act”.

“That is a huge issue,” he said. “There is a lack of guidance on this issue, particularly at the borders of viability”.

He also said there were problems around the issue of suicide. “Is termination of pregnancy and delivering the baby a treatment for suicide? For me that is unclear.”

“You not only have the cost of care, you have long-term issues; anything from mild learning disabilities to physical issues, to cerebral palsy to long-term respiratory morbidity as well.”

He described the scenario as a tragic situation.

He said the legislation was brought in to give “reassurance and guidance to clinicians in these difficult circumstances” and said in certain instances it did this very well.

Dr Coulter-Smith said the Rotunda Hospital has had a “couple of situations where we have had to act in medical situations to save the mothers’ lives” but said the clinicians in this case had not acted any differently than they would have prior to the introduction of the Protection of Life During Pregnancy Act.

Meanwhile, a Government TD has called for a fresh abortion referendum to take place next year along with several planned polls in the aftermath of the latest abortion controversy.

Deputy Ferris, who represents Wicklow, said the matter was too urgent to be left to the next Government and said the Protection of Life During Pregnancy Act was inadequate.

“I’ve always believed that the recent legislation was not going to suffice. It was only a matter of time until something like this happened,” she said.

“It’s 31 years since 1983, and as a country we’ve grown up since then. The only solution to this is to repeal the eighth amendment. We’re having a whole batch of referendums next year so why can’t it be included in that?

“This Government has been brave enough to take a lot of decisions that weren’t the most popular. We should not kick it to touch and not leave it to the next Government.”

However, Mr Ó Ríordáin said he would not call for the current Government to hold a referendum.

“We’ve no mandate to do any more than we have done. We have done what we said we would do. We’ve done as much as we could possibly do within the constitutional parameters that we have,” he told The Irish Times.

Mr Ó Ríordáin said parties standing in the next general election should make their position on the issue clear. He said there was frustration on both the pro-choice and pro-life sides of the debate and clarification was required.