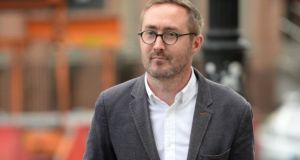 Affordable homes for €230,000 or less could be purchased by low income households or rented for between €700 and €900 monthly under a scheme proposed by Sinn Féin.

The party’s housing spokesman Eoin Ó Broin said the scheme would keep the standard 5 per cent profit margin for building contractors but removes the middlemen, which he claimed would cut €100,000 from the Government’s current affordable home model cost.

The party also proposes that any purchase would be made on a leasehold basis where the buyer can own the property but not the land. They can transfer it to their children or grandchildren or adapt the property.

“But if you ever want to sell it you have to sell it back into the affordable housing scheme at the original affordable price, indexed for inflation and improvements so that we have a permanent stock of affordable homes and nobody can ever make a windfall gain from that.”

The “renter or purchaser pays economic cost, no subsidy, but nobody is making huge profits on the back of people having access to secure and affordable housing”.

Sinn Féin has sent the five-page proposal, in the form of a Government department circular, to local authorities and other stakeholders.

However Fianna Fáil housing spokesman Darragh O’Brien claimed the scheme imitated a proposal his party introduced in the Dáil which he said both Sinn Féin and Fine Gael voted against.

In a tweet Mr O’Brien took a pot shot at the scheme and said “glad to see at last you’ve come around to the idea of affordable housing, having voted against it in the last Dáil”.

Mr Ó Broin claimed however that Fianna Fáil and Fine Gael had failed for the last four years “to deliver a single affordable home to rent or to buy” and neither party had published a detailed affordable housing scheme.

The Dublin Mid-West TD suggested the absence of such a scheme “lies at the heart of the disagreements around public housing delivery between Fine Gael, Fianna Fail and the Greens in their government formation discussions”.

He said it was “in stark contrast to the Land Development Agency model that Fianna Fáil and Fine Gael are currently proposing in the programme for government negotiations”.

Mr O Broin said they were cutting out developers’ margins of about 11 per cent to 15 per cent margin, speculative, inflated cost of private land and “the high cost of private sector finance”, all of which he said pushed up the sale price by almost €100,000. “We are also waiving development levies on the affordable purchase homes.”

Allowing for social distancing requirements which would make construction slower he still believed that an average of 20,000 affordable homes could be built annually with more sites including private sector sites no longer economically viable which the State could take over.

He also called for strict enforcement of regulations on short-term lets. He said up to 5,000 properties were still available for short-term let and 95 per cent of those were in breach of planning law and illegal. “Every estate agent or online platform that advertises illegal short-term lets should be fined every single day for advertising, and very quickly they will apply for planning permits or will turn to long-term rental.”