Government will not recall Dáil to discuss O’Brien injunction 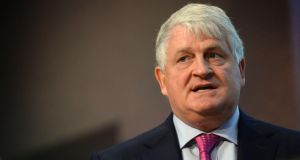 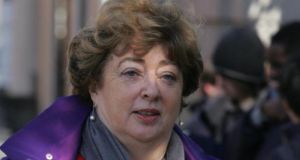 The Dáil will not sit again until Tuesday week despite opposition demands that it be recalled in the wake controversy surrounding TD Catherine Murphy’s comments over businessman Denis O’Brien’s financial affairs.

In the statement on Friday evening, the Government said that the Chief Whip Paul Kehoe would consult with the opposition whips “on issues of concern they want debated in the House and how to facilitate such a debate” when the parliament sits again on June 9th.

Fianna Fáil Leader Micheál Martin had earlier said the Dáil must be recalled “next week to reassert the basic principle that Dáil speeches and the reporting of them are protected by absolute privilege”.

“It is unprecedented that a matter of serious public interest raised in the Dáil cannot be aired or reported on by the national broadcaster and other media outlets,” he said.

His comments came after Ms Murphy, an Independent TD from Kildare, made new claims in the Dáil about Mr O’Brien’s banking arrangements with IBRC, formerly Anglo Irish Bank, under Dáil privilege on Thursday.

Lawyers acting on Mr O’Brien’s behalf claimed the details were covered by an existing temporary injunction that Mr O’Brien succeeded in getting after High Court proceedings last week.

Mr O’Brien secured an injunction preventing RTÉ from broadcasting a report on the substance of the subject at the centre of Ms Murphy’s comments. That order was also directed at any person or media outlet on notice of it, including The Irish Times.

The Irish Times will be applying to the High Court on Tuesday morning to clarify the position in terms of reporting Ms Murphy’s statements in the Dáil.

“The Irish Times believes it is vitally important that we publish a matter of public interest raised in our national parliament, and will apply to the court for confirmation we can do so,” said Editor Kevin O’Sullivan.

RTÉ on Friday evening said it would also be making an application on Tuesday for permission to broadcast Ms Murphy’s statements.

It is understood William Fry on behalf of their client Mr O’Brien considered making a High Court application on Friday. But by Friday evening, when the duty judge left the Four Courts, no such application had been made.

It is understood the application was contemplated in relation to the publication by the website Broadsheet.ie of the full statement made by Ms Murphy in about Mr O’Brien’s finances.

It was contacted by solicitors on Thursday and asked to remove the post, claiming it was in breach of the High Court order in O’Brien v RTÉ. The site was given a deadline of 7pm, but did not remove the post.

Ms Murphy gave what she said were details of banking arrangements Mr O’Brien sought to retain when the special liquidator was appointed to wind up IBRC.

The move was met by an immediate denial from Mr O’Brien, who claimed the information was false and that it was an abuse of Dáil privilege.

Minister for Public Expenditure Brendan Howlin said the media’s inability to report Ms Murphy’s would “cause concern” for members of the Oireachtas.

Speaking to reporters after the announcement of the Lansdowne Road agreement on Friday, Mr Howlin said the use of Dáil privilege was an “important hallmark” of a functioning democracy.

“Having utilised provisions of Dáil privilege myself, I think it is an important hallmark of a functioning democracy that any member of the Oireachtas can speak without fear or favour in our national parliament,” he said.

Asked whether he believed the media should be able to report Ms Murphy’s remarks, Mr Howlin said that would be a matter for the Oireachtas itself to deliberate on in due course.

“I don’t want to comment on a court decision,” he said. “There is a separation of powers. I think that will be a matter for the Oireachtas itself in due course.

“I don’t know if [THE SITUATION]is unique but certainly it is something that would cause concern for members of the Oireachtas.”

Earlier on Friday, the Houses of the Oireachtas said it believed Ms Murphy did not abuse Dáil rules or privilege when making the comments.

Oireachtas sources say their initial belief is that “standing orders were not breached and privilege was not abused” by Ms Murphy while moving a Private Members’ Bill through the Dáil on Thursday night.

Mr Martin said on Friday that he had written to Ceann Comhairle Seán Barrett for the recall “in light of grave developments involving the silencing of media outlets in relation to Dáil business”.

“Parliamentary privilege is a cornerstone of how the Oireachtas operates,” he said. “Protected by the constitution, TDs and Senators must be secure in the knowledge that they can speak freely and frankly on issues of grave national importance.”

The Ceann Comhairle can only recall the Dáil at the request of the Taoiseach and the Government has now said it will not sit again until June 9th.

Oireachtas sources also said they believe the current situation whereby the contents of a Dáil speech are not being reported to be unprecedented.

Ms Murphy’s comments in the Dáil were published on the Oireachtas website.

Earlier, Minister for Transport Paschal Donohoe rejected Mr Martin’s call for a recall of the Dáil.

“I was in the Dáil yesterday when I agreed on behalf of the Government for private members time to be made available discuss changes in law to look at matters raised by Catherine Murphy, ” he said.

“And I believe the Dáil is the appropriate forum and right forum where areas like that can be raised and discussed under privilege,” he said. “ I don’t believe the Dáil should sit next week.”

Renua leader Lucinda Creighton called on every member of the Dáil to defend their right to comment on important issues. “What I would like to see now is all 166 TDs standing up and defending the right of individual TDs to comment and to raise issues of public interest and public concern.”

Ms Creighton also called on Taoiseach Enda Kenny to make a statement on the issue.

“There was chilling silence from all party leaders so we need Enda Kenny now to come out from hiding and to answer very clearly where he stands on the integrity and independence of the Dáil, of the 166 representatives of the people of this country, of all citizens, not just one individual citizen,” she told RTÉ Radio.

She said he had plenty of opportunities to assert the facts as he sees them but “it is not the right or the preserve of any citizen to silence members of the Oireachtas in the Dáil chamber or, indeed, to silence the media”.

Ms Creighton said Ms Murphy was acting in good faith and has the right to put matters of public interest on the Dáil record without interference from private individuals or corporations.

A spokesman for Mr O’Brien said on Friday that the injunction was taken to protect his privacy.

“There had always been a separation of powers but a fundamental and core principle of a democracy is the right of every individual to their good name and reputation and privacy in matters that are private,” James Morrissey said.