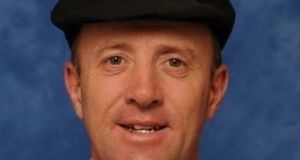 Michael Healy-Rae’s car was stopped in traffic when he was subjected to verbal abuse from the driver of another car.

Gardaí in Dublin are investigating a death threat made to Independent TD Michael Healy-Rae earlier this week.

The threat was made by a member of the public while Mr Healy-Rae was driving in the Dolphin’s Barn area of Dublin. It is understood Mr Healy-Rae’s car was stopped in traffic when another car pulled up beside the vehicle.

The Kerry TD was then subjected to verbal abuse from the other driver, who had gestured to Mr Healy-Rae to roll down his car window.

Details of the incident were first reported by The Star newspaper on Saturday. Mr Healy-Rae was warned he would get a “bullet in his head,” according to the report. The incident occurred last Tuesday, and was reported to gardaí by Mr Healy-Rae.

Speaking to The Irish Times, Mr Healy-Rae’s brother and fellow Independent TD Danny Healy-Rae confirmed Michael had been threatened. “Some car pulled up beside him and threatened him, but I’m not sure of the details,” he said.

Michael Healy-Rae said he did not wish to comment on the matter when contacted.

A spokeswoman for An Garda Síochána confirmed the incident was reported to gardaí in Kevin Street station. “The matter is currently under investigation. Enquiries are ongoing,” the spokeswoman said.