Fine Gael is in Government but Fianna Fáil is in power 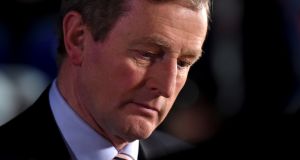 Fine Gael may have been convulsed by a leadership crisis and the timeline for Enda Kenny’s departure, but the feeling, even among his critics in the party, is that the issue has been parked for now.

He and wrested back control of the issue with what a number of TDs described as a “masterly” approach, in his address to the parliamentary party.

They are confident he is too smart to create another blaze by delaying and triggering party catastrophe.

But even with that parked for now, Fine Gael has a lot of other trouble on its plate.

One year after the general election and it is struggling in a big way with the “new politics” that created enough thin glue to form the minority Government with confidence-and-supply support from Fianna Fáil.

Fine Gael may be in Government, but Fianna Fáil is in power, most TDs believe.

The new political arrangements in the Dáil are suiting the smaller parties, and working out very well for Fianna Fáil but doing Fine Gael no favours, many of its TDs complain.

The smaller parties are getting much more time to speak. “The Dáil business committee has subverted the proportional representation that should be taking place in the Dáil,” says one party TD.

“If there are statements on anything, and there seem to be every week, it’s allocated into eight slots of 10 minutes for each grouping.”

That gives Fine Gael 10 minutes but it also gives the AAA-PBP, for example, the same amount of time.

From Fine Gael’s perspective the Dáil has become a showcase for the smaller groupings. Fianna Fáil has a similar problem with speaking time but it is still calling the shots and currently riding very high in the polls, unlike its main rival.

The committee system is working somewhat better. There is more debate, more openness, more respect for everyone at committee meetings. Everybody has to be listened to. It does not suit Government Ministers, who have had to listen to proposals they would have dismissed altogether had they had a majority.

And that works for Government TDs as well. Legislation from Government backbenchers that did not see the light of day in the previous Dáil, is getting an airing and a hearing in the new politics.

There is opportunity for backbenchers individually but collectively it is very difficult for Fine Gael to bring the party position, because Fianna Fáil is in charge.

“Will Fianna Fáil abstain or will they vote with Sinn Féin? So Fine Gael is not in the driving seat.”

“New politics offers opportunities for everybody and we’re the only party not availing of this,” says another.

Long-term stalwart members of Fine Gael say they have never seen the membership of the party so disheartened, so downbeat.

Fine Gael is getting a hammering and the leadership crisis has not helped the party – thus far.

But it presents a very good opportunity for the party to stamp its identity.

“A lot of the Cabinet are very tired-looking. You think they’re there forever,” says a party insider.

“For new politics you need punchy leadership style that takes them on.”

A fresh line-up of new faces could help. Fine Gael members believe that, unlike with Labour, a change of leadership will mark a change in the party’s fortunes.

“A new leader won’t change everything. We’ll still have a lot of the challenges but if we got a punchier leader who would take the fight to the streets, to the airwaves, and start tackling and standing up for us rather than defending all the time and being on the back foot. That’s the way we’re appearing, a lot of the time now.”

The new leader will have to change the party’s direction. TDs acknowledged that one of the lessons that the election taught the party is that “it’s no longer about the economy, stupid”.

“I think we have to become more of a campaigning party. We have to start campaigning on issues of social importance. People are not just jobs and numbers.”

But when TDs pick a new leader they know ideology will not be a factor. “We will pick based on who’s going to get us most votes,” says one. “Who is the one you want campaigning with you at the shopping centre?”