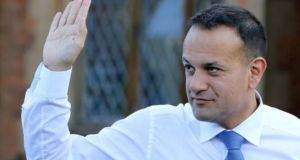 Taoiseach Leo Varadkar told the Dáil on Tuesday there should be “no tolerance” of assault, sexual harassment or bullying in any workplace.

The Dáil is to be asked draw up and adopt a code of conduct that would apply to TDs in the wake of claims of sexual harassment in the arts and British politics.

The request from Fianna Fáil comes as the UK parliament in Westminster continues to be embroiled in scandal over allegations of sexual harassment by MPs.

Taoiseach Leo Varadkar told the Dáil on Tuesday there should be “no tolerance” of assault, sexual harassment or bullying in any workplace.

The parties in the Dáil say they have not received complaints of sexual harassment and point out that they have their own internal mechanisms to deal with such issues.

The Houses of the Oireachtas says it has a “has a long-established policy whereby it does not comment on matters relating to individual staff”.

Well-placed sources within the Oireachtas, however, say the level of improper behaviour coming to light in Westminster has not occurred in Leinster House.

Michael Moynihan, the Fianna Fáil chief whip, has written to Ceann Comhairle Seán Ó Fearghaíl asking for a common code of conduct, which would apply to all TDs, to be drawn up.

Mr Moynihan, a TD for Cork North-West, is requesting that the Dáil business committee, which organises the business of the House, examines the matter.

“I am writing to request that the business committee consider the need for the Oireachtas to have their own code of conduct applied to elected members,” Mr Moynihan’s letter says.

“While all political parties have their own grievance and disciplinary procedures as well as policies on ensuring that all employees are protected from employment and sexual harassment . . . it is important that elected members also have a specified code of conduct.

“This should be considered and discussed at our next business committee meeting. Fianna Fáil would be more than happy to share our employee handbook as a guideline.”

A spokesman for Fianna Fáil said it has “has not dealt with any complaint of any inappropriate behaviour by any of its politicians”.

Mr Ó Fearghaíl has already raised the prospect of looking at new policies for dealing with any sexual misconduct allegations made in Leinster House.

The Ceann Comhairle has said he will raise the matter at the Houses of the Oireachtas Commission, the body he chairs and which runs Leinster House, when it meets next week.

On its own procedures, a Fine Gael spokeswoman said it has “clear grievance procedures in place to protect both its direct employees and those staff working for Fine Gael Oireachtas members”.

“Our HR manual sets out our standards and procedures both in supporting employees who wish to bring forward a complaint about harassment or assault and in dealing with complaints brought forward about employees.

“In relation to party members all Sinn Féin members sign up to the party’s charter of ethics, which requires all members to conduct themselves with due regard to the universal human, civil and democratic rights which all citizens are entitled to enjoy.”

Gardaí speak to partygoers at house where student fatally stabbed 20:36
Man (60s) arrested after hit and run incident in Co Kerry 20:22
Rescue 116 company warns Black Sod crash could affect revenue 20:07
RTÉ will not include Sinn Féin in second TV debate despite legal threat 19:43
Gardaí seize €75,000 worth on cannabis herb in Westmeath 18:21
SUBSCRIBER ONLY