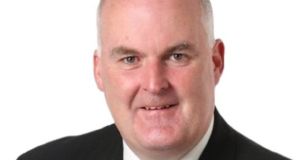 Deputy Joe Flaherty (FF) said ‘life in the political eye does not give a small section of the public the right to falsify and peddle malicious and slanderous accusations’.

Fianna Fáil Longford-Westmeath TD Joe Flaherty has said allegations circulating on social media that he was the subject of a Criminal Assets Bureau (CAB) raid are “blatantly untrue”. He has vowed to take legal action against anyone making claims to the contrary.

Mr Flaherty issued a statement in the wake of a series of social media claims that he had been targeted by CAB as part of an ongoing probe into organised crime in Co Longford.

Taking to his own Facebook page on Friday afternoon, the Lanesboro native said he had been effectively forced into responding to the claims which he said had been circulated to damage his personal and professional reputation.

“Ordinarily I do not comment on any discussions about me on social media,” he said.

“However there is presently a blatantly untrue allegation being promoted across various social media sites which is clearly designed to discredit me.” He said it was a continuation of a sustained campaign against him.

“I have not, now or ever have been ‘raided by CAB’, either at my office or family home, nor have I had any engagement at any level with the anti-crime agency.”

Mr Flaherty’s statement comes over five weeks after a series of searches led by CAB and gardaí resulted in the seizure of hundreds of thousands of euros worth of vehicles, cash and designer clothing.

The Longford based TD said he accepted his political work opened him to public scrutiny but he “ cannot stand by and allow my name to be defamed and my family to be abused and insulted”.

“Life in the political eye does not give a small section of the public the right to falsify and peddle malicious and slanderous accusations regarding I, or my family. I will pursue those who persist in the regurgitation of same by all legal and necessary means.”

Mr Flaherty said he would be making no further comment on the matter.