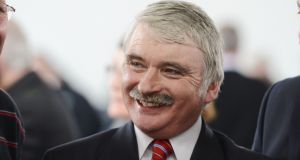 Fianna Fáil will not enter coalition with Fine Gael because it would leave Sinn Féin in “pole position” to lead a future government, one of the party’s most senior TDs has said.

Several of the party’s TDs backed their leader Micheál Martin’s position on coalition with Fine Gael, despite calls from John McGuinness TD, Mary Hanafin and Pat the Cope Gallagher to consider the option.

Willie O’Dea said the policy was clear and there would be no coalition with Fine Gael or Sinn Féin under any circumstances.

He said: “Fianna Fáil has decided on its coalition options post-election. You will never get a unanimous agreement on everything, but the policy is determined and that is that.

“We will not enter coalition with Fine Gael, because it would leave the door open for Sinn Féin on the next occasion.

“It will put them in pole position and that is not good for the country.”

Ms Hanafin said Fianna Fáil could work with Fine Gael in government, while Mr McGuinness has said it is a matter for the party’s membership to decide after the election.

Longford-Westmeath TD Robert Troy said the party had already had its say. Fianna Fáil’s aim was to secure as many seats as possible, Mr Troy said, adding: “Fianna Fáil will not enter government with Fine Gael, because it would not be in the national interest. Our aim is to lead an alternative government.”

The party’s enterprise spokesman, Dara Calleary, said the party would not get trapped in a discussion on post-election options.

He said: “Our message is very clear. If you do not want Fine Gael back in government and if you want a fair and equitable government, then vote Fianna Fáil into government.

“There is no way Fianna Fáil can defend the actions of Fine Gael in government and our aim is to ensure they are not re-elected.”

Director of elections Billy Kelleher continued to rule out coalition with Fine Gael.

“We will provide a clear alternative. If Fine Gael or Labour lose seats [by going into coalition] you will be saying that we will prop up a Fine Gael government to the electorate, and we won’t do that,” he said.

“Fine Gael has ruled out coalition with Fianna Fáil; the Taoiseach himself has said that. We should all take him seriously if he says something like that.

“I don’t believe him in many things, because he said many things in 2011 that he would fulfil and he didn’t do them.

“We have to say that we are different, these are our policies and we can provide that alternative.”

Director of elections Brian Hayes said Fianna Fáil “is all over the place” and was as incoherent on coalition as it was on the economy.

Mr Hayes said: “We are asking people who lent Fine Gael their vote five years ago to stick with us; to stay the course because it is glaringly obvious that Fianna Fáil is not prepared to go into government.”