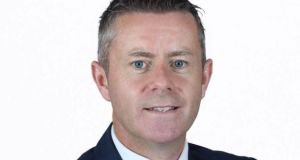 Senator Brian Ó Domhnaill has resigned from Fianna Fáil, after he was found to have breached ethics legislation.

Senator Brian Ó Domhnaill has resigned from Fianna Fáil, after he was found to have breached ethics legislation.

The Standards in Public Office Commission (Sipo) has found he intentionally broke the rules while he was a county councillor in Co Donegal a decade ago.

The commission found against him after a public inquiry into his travel and subsistence claims.

In one instance, he claimed expenses of €641 from Donegal County Council for attending a conference in Dundalk, Co Louth, which took place from March 9th-11th, 2006.

However, he also claimed expenses from Údarás na Gaeltachta for travelling to a meeting of the Donegal Sports Partnership in Letterkenny on March 10th.

Sipo found that each breach was committed intentionally and was, “in all the circumstances, a serious matter”.

The organisation said it was a matter for Donegal County Council to pursue Mr Ó Domhnaill for the monies.

In a letter, Mr Ó Domhnaill said he would be appealing Sipo’s decision and that he is examining his options.

He also confirmed he had resigned from the Fianna Fáil parliamentary party, but said he would remain as an Independent Senator.