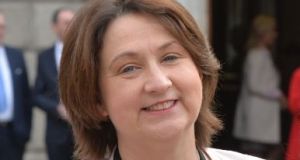 Anne Rabbitte: “The evidence is there that children are being groomed by their parents, siblings and older peers to commit crimes.” Photograph: Alan Betson

Fianna Fáil is seeking to make it an offence for adults to groom a child to commit a crime.

The party’s spokeswoman on children, Anne Rabbitte, has secured party approval to publish a Bill to introduce “Fagin’s law”, which will aim to target adults who commission children to commit offences such as shoplifting, burglary, carjacking or the carrying of drugs or guns.

The Government’s special rapporteur on child protection, Prof Geoffrey Shannon, has called for such legislation to be introduced as soon as possible.

Speaking to The Irish Times, Ms Rabbitte said there were gaps in existing law that needed to be addressed as soon as possible.

“The evidence is there that children are being groomed by their parents, siblings and older peers to commit crimes. Their childhood is being stolen from them.

“We need to start a conversation about it and I accept there may be different reactions but I think it is essential to start the discussion.”

In his 10th annual report to the Oireachtas, Prof Shannon said a statutory offence targeted at adults who groom children to carry out offences on their behalf ought to be introduced in this jurisdiction.

Mr Shannon found there are gaps in current legislation, claiming laws in the area relating to incitement are too general and fail to address the legal issues involved.

The Fianna Fáil proposal would make it illegal for a person aged 21 years or older to incite or direct a child to conduct a crime, with the maximum punishment of 10 years’ imprisonment,

Ms Rabbitte said: “There are instances where children are being sent in through bathroom windows, or going into GAA dressing rooms and fleecing the places. They are doing it under guidance and direction of older people.”

Fagin’s law has been developed in Australia. Adults there face up to 10 years in prison for luring children into criminal activity.