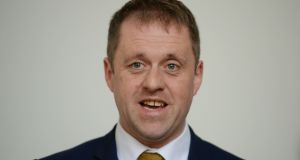 Party education spokesman Thomas Byrne denied that the policy, launched on Thursday, was part of a general election manifesto. He said a more comprehensive policy document on education would be published in the run-up to the election.

He said the new policy, which has been costed at €100 million, would give schools the support they need to provide high-quality education. He argued that schools and their staff have reached breaking point.

“The savings and efficiencies which were possible in 2012 are simply no longer possible, and students are suffering as a result.

“What is needed now is a period of structured stabilisation and consolidation. Without this we risk furthering a situation where Government policies differ greatly from the reality on the ground,” he said.

Mr Byrne said his party would protect endangered subjects such as history and geography, and retain them as compulsory subjects up to the Junior Certificate. He also said the party’s strong policy on Irish was that it remain a compulsory subject.

The party has also said it will support a more modern sexual education curriculum, including issues such as consent, LGBT access, and sexual health.

Asked how the cost and practicalities of reducing the student-teacher ratio by three points from 26:1 to 23:1, he said it was moving in that direction in any instance because of a falling population but that his party would fully cost proposals to achieve that aim. He said it would not be achieved overnight but would “take some years”.