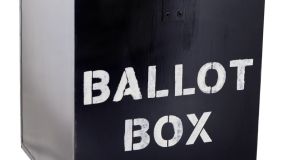 A Fianna Fáil ardfheis would have to approve any programme for government with the Greens and Fine Gael.

Fianna Fáil has denied changing its position on a rent freeze and said that previous legal advice received by the party on the matter has not changed either.

Housing spokesman Darragh O’Brien said while the issue of a rent freeze was mentioned in discussions with the Green Party on Wednesday, there has been no change in the party’s position that such a freeze would be unconstitutional. Earlier reports on Thursday suggested Fianna Fáil was set to drop its opposition to the measure.

“Our position has not changed on it. The legal advice that we got is the same as what we got a number of weeks before the election . . . What we are willing to do on many matters is to look at what others will say,” said Mr O’Brien.

He said there were “many areas of commonality” between his party and the Green Party “particularly focusing on local authorities building public homes on public land, affordable purchase and cost rental.”

Mr O’Brien said the “issue of rents and renters and how we can help renters” arose as part of that discussion and that “a rent freeze was mentioned”.

He maintained that “there was no further discussion on it with regards to any changes”.

He said the party is “willing to look at all options with other parties” on the issue of assisting renters but indicated that solutions in this regard would focus on the issue of supply.

Fianna Fáil deputy leader Dara Calleary said talks with other parties such as the Green Party will continue over the coming days and a policy discussion with Fine Gael next week is being arranged.

“We will be meeting with Fine Gael next week for a discussion on policy. The arrangements for that meeting are being put in train at the moment. We’re working hard as a party to try and establish a government that will be strong and that will focus on key priorities in housing and health and in climate change.”

Mr Calleary also said on Thursday that the party is keeping its grassroots involved in the negotiating process. A Fianna Fáil ardfheis would have to approve any programme for government with the Greens and Fine Gael, for example.

It comes amid speculation that a vote for the next taoiseach will happen next week despite a decision by the Oireachtas business committee not to allow this to happen due to a lack of real progress on Government formation talks.

A committee source said no such request has yet been made, but the committee may have to meet again in the coming days to discuss the matter afresh.

Meanwhile, on Thursday Fianna Fáil and the Green Party discussed a potential revision of the Government’s national development plan (NDP) which commits to a multibillion euro investment in road projects countrywide.

The Green Party has said that it opposes a planned €6 billion investment in major roads as part of the NDP and has said that this money could instead be used on public transport and to meet environmental objectives.

Both parties discussed the issue on Thursday morning. One source said that both set out “different positions” on the issue but that the need to revise the plan “to make it realistic” was also discussed.

During the election campaign, Fianna Fáil promised to green light several major road projects such as the M20 between Cork and Limerick and the A5 between Donegal and Derry. The Green Party, on the other hand, said during the campaign that the proposed M20 project “makes no sense”.

Speaking after talks concluded with Fianna Fáil on Thursday, Green Party leader Eamon Ryan said the NDP will have to be reviewed. He said this will have to be done in order to meet the target of reducing emissions by 50 per cent in the coming years.

Any scrapping of road projects could prove problematic for the larger parties who would likely come under pressure from their TDs and constituents.

There was no agreement on the path forward in relation to the NDP and this is unlikely to happen until fuller negotiations on a programme for government take place.

Mr Ryan said the Green Party will enter into talks with Fine Gael on Monday and Tuesday and then will speak to the Social Democrats on Wednesday. Sinn Féin is also scheduling further talks with parties for next week, while a meeting between Fine Gael and Fianna Fáil on policy is also being arranged.

The Labour Party has arranged five leadership hustings between the two contenders Aodhán Ó Ríordáin and Alan Kelly. They will take place between March 2nd and 21st.

1 Coronavirus: No swift return to ‘normal state of affairs’, warns expert
2 Coronavirus: Ireland will have to ‘live alongside the virus’
3 Chief medical officer urges people not to visit hardware stores
4 French police turn back private jet of holidaymakers from UK
5 Coronavirus: Government to extend restrictions for at least two weeks
Real news has value SUBSCRIBE