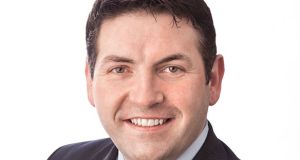 ‘Whilst I have never really cared about whether people think I am straight, gay or bisexual, I have noticed that the issue of my sexual orientation has dominated some discussion and has become somewhat of a distraction,’ Cllr John Keogh wrote on Facebook

A Fianna Fáil councillor in Co Roscommon has come out publicly on social media in order to “shut down the rumour-mills” about his private life.

South Roscommon councillor John Keogh said he felt compelled to go public about this sexuality because it had become “something of a distraction”.

“I hope that by me publicly coming out today, it will highlight the lack of commitment from this government and previous ones to properly fund mental health services,” he wrote in a lengthy post on Facebook.

“But more importantly, I hope that it will encourage young men and women in my constituency to never fear being true to themselves and to come out if that is what they prefer or likewise to keep their private lives private if they so wish.”

Mr Keogh, a solicitor in Athlone, said his sexual orientation had become a topic of much discussion for some people in recent years. “As a private citizen, I will never really fully understand why this has been so. The fact that I am a public representative should be completely irrelevant also. . . A person’s private life should be exactly that, their private life.”

“Whilst I have never really cared about whether people think I am straight, gay or bisexual, I have noticed that the issue of my sexual orientation has dominated some discussion and has become somewhat of a distraction.”

“I have never been ashamed of my sexual preference as it has helped shape the person that I am today. I would expect that in this day and age, this should really be a non-story but sadly we are not there yet.

“For that reason, I want to comprehensively shutdown the rumour mills, once and for all, by publicly coming out as a member of the LGBT community.”

“As a society we have seen major advances within the law, with regard to the equal treatment of people, but we would be naive to think that prejudice does not still exist. I hope to see the day when a person’s sexual orientation is no longer considered to be something that people feel the need to make public declarations in respect of and that people can live their lives peacefully and free from stigma, intimidation, prejudice and indignation.”

Mr Keogh said the decision was not an easy one to make “but for me it has been an uplifting experience”.