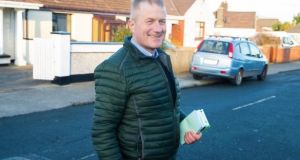 A Fianna Fáil general election candidate in Waterford served as a director on the board of the local theatre despite receiving a High Court order disqualifying him from doing so.

Cllr Eddie Mulligan received the order in January 2017 because of his management of his family’s hair salon business. It disqualifies him from operating as a company director and is in place until 2024.

However, the councillor served on the board of Garter Lane Arts Centre, a non-profit limited by guarantee, for 17 months subsequent to receiving the disqualification order.

Mr Mulligan and his wife Dervla were the directors of Hype Hair Salon Ltd, which owed Revenue €153,770.72 when it was placed in liquidation in 2014.

The scope of a disqualification order has a broad application. Under the Companies Act 2014, it disqualifies the person from being appointed or acting as a director or other officer, statutory auditor, receiver, liquidator or examiner or “being in any way, whether directly or indirectly, concerned or taking part in the promotion, formation or management” of a company.

A person found guilty of contravening the Act is liable to a fine of up to €50,000 or imprisonment for up to five years, or both.

When asked if he had ever defied the court order, Mr Mulligan told The Irish Times that he was appointed to the company’s board when elected to the local council in 2014 but resigned “as soon as” he was informed that his directorship could breach the order.

A financial statement from December 2018 for Barker Arts Centre, which is the registered name for Garter Lane, records Mr Mulligan as having resigned on August 17th, 2018. It is understood he told other directors at the time that he was resigning due to work commitments.

Mr Mulligan did not respond to further questions on the matter, including as to when he resigned or what explanation he gave other board members at the time.

He was described by one director, who spoke on condition of anonymity, as an “active member” of the board. Garter Lane could not be contacted for comment.

A spokeswoman for Waterford City and County Council told The Irish Times that a High Court order was not among its disclosure requirements for elected members. Instead councillors were required to provide a record of business directorships, property held and donations received.

She said the local authority did not require members to provide any reasoning if they resigned from council-nominated positions.

Mr Mulligan’s running mate in the Waterford constituency, Mary Butler TD, told The Irish Times on Tuesday that there was an “onus” on general election candidates to inform the party of serious financial issues.

Fianna Fáil said it had since spoken to Mr Mulligan over his “failure to make the party aware” of issues surrounding the liquidation of the company.

A party spokesman said it was deciding “on the most appropriate response”.