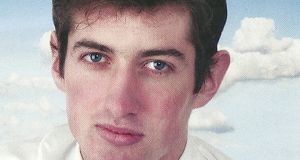 Fine Gael has removed the party whip from Cllr Brian Murphy who is a member of Dún Laoghaire-Rathdown County Council.

It comes after the councillor made controversial remarks on social media in September.

He claimed that Sharia law was operating in Ireland, criticised the Irish Naval Service’s mission in the Mediterranean and argued that European politicians were “too weak” to protect the EU’s borders.

“The Irish military should not be being forced to act as a ferry service for smugglers and illegal economic migrants in the Mediterranean,” he wrote on September 1st.

Another post as part of a series of tweets on September 5th read: “Sharia Law is operating in Ireland and most of the political class either do not know or do not care. It is a subversion of our legal system.”

Sharia Law is operating in Ireland and most of the political class either do not know or do not care. It is a subversion of our legal system

There should be visible armed police outside Leinster House (The Dail) due to the very real danger we unfortunately now face.

Future generations of Europeans will inherit countries more divided, more dangerous and packed full of terrorists. They have been betrayed.

The Fine Gael whip has been removed from Mr Murphy, for a period of 12 months, effective from October 31st.

This means that he is no longer regarded as a Fine Gael councillor. However, he remains a member of the party.

It means he will not represent Fine Gael on the council, or any of its committees, cannot describe himself as an Fine Gael councillor, cannot use the Fine Gael logo on material.

“In light of those comments, I believe Fine Gael was right to remove the whip,” she said.

In his profile on the Fine Gael website, Cllr Murphy says he is 25 years old and has been living in Goatstown for the past nine years.

He says he is employed in “accounting/tax consultancy” after studying business management and Dublin Institute of Technology and International Business at the UCD Smurfit Business School.