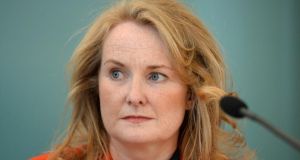 Ms Fitzpatrick, who intends on contesting the next general election for Fianna Fáil, said the party has missed opportunities and its recovery is becoming more elusive.

Ms Fitzpatrick said: “Fianna Fáil’s senior strategists should stop being defensive, recognise its failures, and change its electoral strategy if it is to stave off long-term decline and avoid finding itself a small, niche, rural [predominantly male] party after the next general election.

“For Fianna Fáil to achieve recovery it must first recognise that its post-2011 strategy has failed, in part.”

Ms Fitzpatrick said the party’s electoral plans have failed most in Dublin.

She also cited an article in The Irish Times about Fianna Fáil’s electoral future.

In a post on her website, Ms Fitzpatrick wrote: “The party was decimated in 2011 and there are no sitting TDs in Dublin or in half the country’s constituencies. So of course there are new faces and there are also longer serving faces.

“One of the only upsides of the 2011 Fianna Fáil wipe-out was that, for the first time in generations, Fianna Fáil has space for new people, fresh energy and fresh ideas. However, to construe the presence of new faces as a sign of real change or real recovery is a dangerous delusion.”

The former councillor said the party’s current strategy “lacks ambition, smacks of arrogance, is out of touch with the feelings of members and supporters in Dublin and is ultimately defeatist”.