Dedicated climate action debate is required due to scale of issue, say campaigners 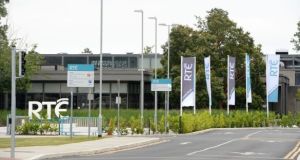 RTÉ has rejected calls for a dedicated leaders’ TV debate on the climate issue, which campaigners claim is warranted given the scale of the global warming threat to Ireland and the world.

An online petition led by DCU climate specialist Prof Barry McMullin has been supported by more than 3,700 people. It calls for a debate with leaders of all political parties participating “separately from any and all other general election programming, including any general leaders debate”.

It seeks a debate with questions from a studio audience composed of a sample of citizens aged between 15 and 35 to reflect “the disproportionate significance of the climate crisis for future generations”.

The crisis is entirely different from all other issues in this election campaign “being global in scope, raising genuine existential risk for the stability of all human civilisation within the lifetime of young people already of voting age”, it cites as justification for the debate – the petition is being run through MyUpflift.ie.

An RTÉ spokeswoman said the station was sticking to its decision to have only two party-leader debates.

“At the calling of the general election, the RTÉ Election Steering Group approved the hosting of two television debates during the campaign: a debate involving several party leaders to take place on Claire Byrne Live and a debate between the leaders of Fine Gael and Fianna Fáil on Prime Time,” she said.

“These are the only two party-leader debates that RTÉ will provide to viewers during the campaign. These events require significant lead-in time both in terms of RTÉ’s preparations and the diary commitments of the respective leaders,” the spokeswoman said.

They are also one strand of extensive coverage over the course of the election, she said, as climate and environmental debates and discussions have already featured in programmes “and will continue to do so”.

Over the course of the election, front-line programmes such as Prime Time, The Week in Politics, Today With Seán O’Rourke, Drivetime, Morning Ireland and others will have devoted specific airtime to climate-related issues, “reflecting the importance and significance of this issue”.

Stop Climate Chaos spokesman Oisín Coghlan said climate action should be the subject of a separate leaders’ debate given the scale of the challenge and lack of political urgency shown so far.

If that was not to happen, he said, the issue should be to the fore in the coming two-party leader debates, when the most critical question should be on implementing faster reductions on carbon emissions, scaled up to cuts of at least 8 per cent a year – as opposed to the current average of 2 per cent, which in his view would not enable Ireland to reach critical 2030 targets and Paris Agreement commitments.

In addition, it was essential the transition to a decarbonised Ireland be a fair one, he said.

Prof McMullin has acknowledged on twitter that The Week in Politics devoted a 30-minute segment to climate and energy discussion with main party representatives.

Meanwhile, many prominent climate activists have changed their profile picture on twitter to one that says “climate voter” with a green background.