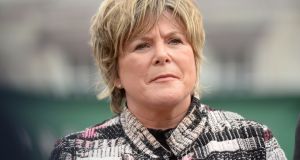 Fianna Fáil’s Mary Butler, who topped the poll in the 2016 election, has shown that her popularity has only continued over the past four years, as she retains her seat in the new Dáil.

From Portlaw, Butler (53) is a married mother of three. She worked in retail in the local family business and then part-time in a Waterford jewellery shop owned by her sister.

Elected in the local elections in 2014, she was a surprise success story in the last election, having secured a seat in her first run for the Dáil.

In April 2016, she was appointed as the chairwoman of the Oireachtas committee on Jobs, Enterprise and Innovation.

She was one of many Fianna Fáil Oireachtas members who called for a No vote in the 2018 referendum on abortion.

Fianna Fáil’s spokeswoman for older people and health promotion, she has advocated for disability rights, the fair deal scheme and mandatory sentencing for crimes against older people.