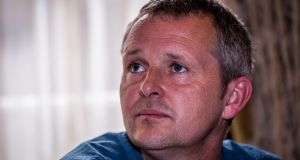 Dún Laoghaire, a constituency which saw one of the big political dramas play out last year, with Fine Gael removing sitting TD Maria Bailey from its election ticket, is a race where several parties have an eye to gaining a seat.

The affluent south Dublin constituency is seen as an area where both Fianna Fáil and the Green Party believe they need to win a seat if they are to have strong national performances on February 8th.

Only two of the four incumbent TDs will be contesting the election, People Before Profit’s Richard Boyd Barrett and Minister of State for Higher Education Mary Mitchell O’Connor of Fine Gael.

Bailey’s deselection by Fine Gael followed the controversy and negative publicity surrounding her decision to pursue, and later withdraw, a personal injuries claim over a fall from a swing in Dublin’s Dean Hotel.

Bailey decided not to contest the election as an Independent and said she was ending her time as a public representative “with great sadness”.

During the last general election campaign, the race in this constituency was effectively for three seats, given Fine Gael TD Seán Barrett was automatically returned after serving a term as ceann comhairle.

This time around, Fine Gael will have no hope of returning three TDs as they did four years ago. Mitchell O’Connor will be the only incumbent on the party ticket, and will run alongside councillors Barry Ward and Jennifer Carroll MacNeill.

Local issues expected to come up on the campaign trail will include housing and the cost of rent, transport and the BusConnects shake-up of the bus network, the cost of childcare, and climate change.

Green Party councillor Ossian Smyth topped the poll with more than 3,000 first preferences in the Green wave of last year’s local elections. A former mayor of Dún Laoghaire-Rathdown County Council, he is one of several candidates the party sees as a strong hope to gain a Dáil seat.

Several other local wards in the constituency saw Green candidates elected after the first count, comfortably topping the polls.

The Labour Party has struggled to find a candidate to win back a seat previously long held by former leader Eamon Gilmore, with councillor Juliet O’Connell to stand for the party this time out.

The local elections saw particularly poor results for Solidarity-People Before Profit candidates. First elected in 2011 and with a high-profile media presence, if Boyd Barrett failed to retain his seat it would prove a huge blow to the radical left-wing party.

Boyd Barrett is the only candidate standing under the S-PBP banner, increasing his chances of holding the seat.

Sinn Féin’s candidate Shane O’Brien was not initially seen by the party as a hopeful to take a seat. He received five per cent of first preferences during the last general election, and polled 1,059 after the first count in the local elections last May.

However, the party’s dramatic rise in opinion polls during this campaign has seen O’Brien become one of several candidates the party’s head office now see as in with a good chance of winning a seat in Dublin.

If that comes to pass Boyd Barrett may be most at risk to lose out.