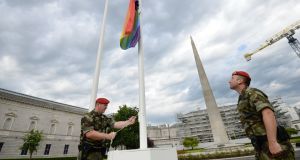 Back in early 2016, everybody thought the 32nd Dáil would be a 60-metre dash. Instead it is one of the most drawn-out slow bicycle races ever.

Nobody predicted three years ago, given how the numbers had panned out, it would last this long. Even in Denmark – home of consensus politics – coalitions only last an average of 2½ years.

Is it a triumph for new politics? For the art of happy compromise? Hardly, even though there have been some startling examples of consensus politics working in the past year.

The reasons for the longevity of this Government are more prosaic. There is the looming spectre of Brexit, for one.

And then there are the iron-clad rules of old-fashioned electoral politics that have paralysed both major parties. The first is you don’t want to be the cause of an election. Neither party feels confident enough that an election now would be in its best interests. For both the rule of thumb on the best time to call an election is; not right now.

The Dáil rose on Thursday for summer recess after limping along for many months now, with not too much to show in terms of legislation or innovation (there are a few shining exceptions). You sense that most of the political attention has been elsewhere this year: in Westminster, Brussels, Washington, on the local and European elections, and, of course, in Doonbeg.

When the confidence-and-supply agreement came to an end after last October’s budget, there was talk of the parties going to the polls within months. Fine Gael and Fianna Fáil entered into difficult and protracted talks to reach agreement on an extension to the deal.

In December, Fianna Fáil leader Micheál Martin made a peremptory decision it would be extended for a year. It took everybody by surprise and also took the wind out of the sails of domestic politics for the following months. He cited the perils of Brexit as the overriding factor, although some opponents saw it as nervousness at a time his party was not riding high in the polls. It was a curious twist, made more so by the fact that there were no Fianna Fáil terms and conditions soldered into the arrangement.

Martin was right about the importance of Brexit. It has dominated Irish politics, both in terms of the Government’s business and the legislative agenda. While Tánaiste Simon Coveney was consistently guarded about the prospects of a deal, Taoiseach Leo Varadkar consistently repeated his belief that a deal was likelier than no-deal. It was only in the New Year, when the intractable divisions in Westminster became apparent, that the grim prospects of a no-deal were fully acknowledged by the Government.

And so the agenda of the Dáil until St Patrick’s Day was dominated by the omnibus Brexit Bill, which had 17 sections, some 100 pages, and purported to cover all eventualities.

Coveney declared it was a Bill that would probably never be used. But, as February turned into March, that confidence lost purchase. During that period, there was a huge Irish audience for live coverage of Westminster and the human megaphone that is the British parliament’s speaker John Bercow.

It brought home the reality that any deal was going to be difficult to make. Indeed, by the time the final Cabinet meeting of the Dáil was held on Tuesday, Coveney sought approval for a 100-page contingency plan that made for grim reading.

There were warnings of “dire” consequences of a no-deal Brexit; acceptance that permanent physical infrastructure would be needed in airports; and also a concession that checks would have to take place (even though the Government insisted it would be away from the Border).

There was one comment from Coveney that was interesting: “We can’t allow Northern Ireland to become a back door – if it’s unguarded – into the EU single market and customs union. Because if that happens then the Republic of Ireland will essentially get taken out of the single market by default and we can never allow that to happen.”

For many, the logical conclusion of that is border checks.

From a legislative point of view, it was a so-so six months. Twenty Government Bills were published, some of them standard ones such as the Social Welfare Bill and the Bill authorising the May elections.

The Coalition continued to block Opposition Bills, and that has led to increasingly frustrated protests.

Some of the Government Bills were crowd-pleasers or responded to current political sentiment, such as the Microbeads Bill and the Citizens’ Assemblies Bill. With the exception of the Brexit Bill, many others were relatively minor.

In terms of domestic issues, there were three major controversies that featured since the beginning of the year. The first was the Department of Health’s ongoing difficulties in dealing with the cervical screening crisis. The second was the massive overspend on the National Children’s Hospital. The third was the extravagant cost of the contract to deliver the National Broadband Strategy.

Housing and health continued to be the departments that created a drag on an otherwise positive picture – as growth continued apace and the State came close to full employment. There were numerous warnings of overheating through over-reliance on corporation tax and substantial overspending in health.

Abortion became legal in Ireland at the beginning of the year, with little hue and cry. That was one illustration of how consensus politics, or new politics, can be successful.

There was another example in the spring when an all-party committee published a far-reaching report on climate change, containing many radical solutions. Sinn Féin and People Before Profit rejected a carbon tax, relying on not very convincing evidence. The two big parties came together to vote down some key measures favouring public transport over road budgets.

Less than a month later, Minister for Climate Action Richard Bruton published his long-awaited plan on climate action. In its defence, it was the strongest, most coherent and most concrete policy document from Government to date. But it pulled its punches in vital sectors such as agriculture, biodiversity, fossil-fuel extraction and the closure of coal and peat generators.

After a late Easter, the local and European elections’ main narratives were Sinn Féin’s poor performance and the rise of the Greens. Despite a good European election, Fine Gael ended up treading water in the locals, where Fianna Fáil, despite a poor European election, made big inroads in marginal constituencies in the capital. It all conspired to quell speculation of an early election.

June was an insipid month in parliament. Meanwhile, US president Donald Trump arrived into Doonbeg to be feted by the locals. The unreliable Boris Johnson also looks set to become British prime minster.

It copperfastened the sense that most political action was happening elsewhere.