Dáil debates motion of no confidence in Shatter

Taoiseach Enda Kenny told the Dáil today the conversations of more than 80 prisoners with their solicitors had been “inadvertently” recorded. 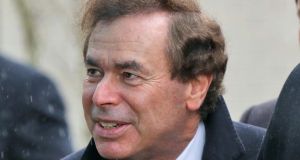 A Dáil debate on a motion of no confidence in Minister for Justice Alan Shatter has begun. Photograph: Collins 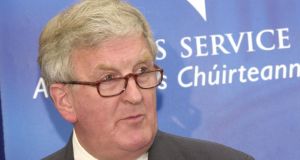 Supreme Court judge Mr Justice Nial Fennelly who has been appointed to chair the Commission of Investigation into the taping of phone calls at Garda stations.

Minister for Justice Alan Shatter has defended himself in the Dáil against a Fianna Fáil motion of no confidence.

Mr Shatter was flanked by Minister for Agriculture Simon Coveney at the opening of the debate, which is due to run for a further 90 minutes tomorrow evening before a vote is taken.

The Limerick TD asked why it took 15 days for the Minister to see the letter from the Garda Commissioner to the Secretary General of the Department of Justice revealing the systematic taping of phone conversations in Garda stations.

Mr Shatter rejected the motion, saying it was “extraordinary’’ that the main focus of attention in the Garda tapes controversy was that department officials failed to give him a letter from Mr Callinan.

He also said that, like everybody else in the House, he did not get everything right. “It is extraordinary how people think that no one ever can make a mistake and no one ever can be forgiven for making a mistake,’’ he added.

Earlier, Taoiseach Enda Kenny revealed Mr Shatter is to ask the prison service for a report on the inadvertent taping of telephone calls between prisoners and their solicitors. He said Mr Shatter had been informed of the development earlier today.

Mr Kenny said the Minister had received a communication from the prison service indicating it had become aware of an anomaly whereby conversations between 84 prisoners and their solicitors were inadvertently recorded. The prison service had taken steps to rectify the situation immediately, he added.

“I have asked the Minister for Justice for a report from the prison service on how this happened,’’ Mr Kenny added.

Replying to Fianna Fail leader Micheal Martin, the Taoiseach said Mr Shatter had assured him no briefing was given to him on the contents of a letter from Mr Callinan regarding Garda taping on the Monday in which the secretary general of the Department of Justice Brian Purcell was sent to see former Garda Commissioner Martin Callinan at his home.

Mr Martin said that Mr Shatter had not said, in his statement to the Dáil last week, that he was not aware of the contents of the letter. “Was the Minister made aware at any stage, either before he went to Mexico or since, up to 12.40 pm on the Tuesday, of the content of the letter from the then Garda Commissioner ?,’’ he added.

Mr Kenny later agreed with Sinn Féin leader Gerry Adams that the process of discovery in the civil case being taken by Ian Bailey for wrongful arrest “crystallised” the focus on the tape recordings.

He added that the wider implications for a “much more generalised and systematic system of tape recording calls in quite a number of Garda stations around the country” were part of that focus.

Mr Adams asked why “one arm of Government, one Minister, one Attorney General, one department general secretary, one Commissioner, one GSoc are all working against each”.

Ceann Comhairle Sean Barrett reminded the Dáil that the House was not a court of law, not a place where charges could be levelled against individuals who were not in attendance to defend themselves.

Mr Kenny referred to the Sophie Toscan du Plantier case as an unsolved murder and the relevance of the transcribed tapes had a bearing on the matter.

It was also announced that the Government has appointed Supreme Court judge Mr Justice Nial Fennelly to chair the Commission of Investigation into the taping of telephone calls at Garda stations.

According to a statement following this morning’s Cabinet meeting the full terms of reference will be agreed with Mr Justice Fennelly and will be subject to Dáil approval.