Revenue and funding shortfalls prevent RTÉ continuing as it is, claims Dee Forbes 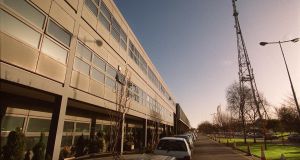 RTÉ: “The wages of the high-earners do make it more difficult for the political system to be sympathetic . . . but there are other major issues that have to be dealt with,” says the Public Accounts Committee’s Seán Fleming TD. Photograph: Alan Betson

Reducing the salaries of RTÉ’s top earners is “not enough” to fix the broadcaster’s current financial situation, opposition politicians have said.

On Friday, the director general of RTÉ, Dee Forbes, told staff to expect cutbacks in the short to medium term as the broadcaster could no longer afford to “continue as we are” with “commercial revenues and public funding both significantly below what is needed”. Ms Forbes said the RTÉ board and the broadcaster’s most senior executives have been “reassessing everything we do” and the review was almost complete.

In response to the broadcaster’s financial woes, Seán Fleming, the chairman of the Public Accounts Committee (PAC) and a Fianna Fáil TD, said the broadcaster does need to reduce the wages of some of its top earners but that it would not solve everything.

“The wages of the high-earners do make it more difficult for the political system to be sympathetic, and that’s an issue, but there are other major issues that have to be dealt with,” he said.

“They do need to reduce the wages of the presenters and management but that won’t fix everything.”

Mr Fleming said the Government needs to “reciprocate” the efforts the organisation has made in tackling the financial situation over the last number of years through revenue increases.

The PAC chair also suggested the State broadcaster should no longer bear the cost of the two national orchestras and that it should introduce greater pay equality.

David Cullinane, Sinn Féin’s communications spokesman, called for greater transparency around the way in which the broadcaster spends money.

“The difficulty with RTÉ is that it’s not the BBC in the sense that it’s semi-private so it has sources of funding from the commercial sector,” said Mr Cullinane. “All of its funding doesn’t come from the taxpayer and that means that it isn’t fully accountable back to the Oireachtas and back to the taxpayer.

“I certainly think that during the boom years, salaries and the pay of some of the stars got out of kilter, but I think in the morning if you paid them nothing, it still wouldn’t resolve the crisis,” Mr Dooley said.

In its annual report for 2018, published in June, RTÉ reported a net deficit of €13 million. Ms Forbes said at the time the media organisation could not continue to operate at a deficit.