Covid-19: Time for Government to reassess strategy for tackling pandemic

Inside Politics: Restrictions have seemed endless and have been taking their toll on people 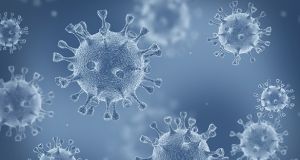 Ireland has now the lowest Covid-19 figures in the EU, according to the EU Centre for Disease Prevention and Control. The 14-day figures are 88.5 per 100,000 compared with 96 for the next lowest, Finland, with its right-on government that has been the darling of liberal media.

Iceland remains lower, but it is closer to New Zealand and Australia, in terms of geographical detachment. We are part of a small island, which helps, but our connectedness to the North, Britain and the Continent is extensive. The fact that our rate and that of Finland is four times lower than the nearest other EU country is extraordinary. Some countries such as Slovenia, Croatia and Luxembourg are running at more than 1,000 cases per 100,000 over 14 days.

6 ‘Horrendously out of proportion’: Residents set against 19-storey apartments

7 Covid-19: International travel may not be possible by Christmas – Varadkar

9 ‘I think my husband has a drug problem, but he says that’s nonsense’

10 Gordon D’Arcy: Irish lineout has to move past mess of 2020 for the Six Nations

16 Kathy Sheridan: Pandemic is reminder of poison in British and Irish politics

22 Ministers optimistic Leaving Cert exams will go ahead this year

26 Range Rover Sport D350: Fab to drive. But everyone you pass will hate you

27 Seán Moran: When GAA players were shyer about being the retiring type

29 Coronavirus: What happens when the lockdown ends in March?

31 Michael Harding: Just after Christmas, I began talking to the birds

32 Q&A: What are the new Covid travel rules and how will they work?