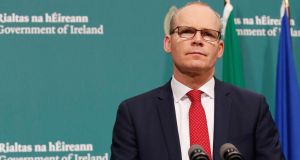 Tánaiste Simon Coveney has said that he thinks Fianna Fáil and Fine Gael “can make it work this time” in forming a government.

Speaking on the Morning Mix show on South East radio, Mr Coveney said that he wants other parties involved and that he thought the Greens, Labour and Social Democrats will reevaluate when they see the framework document that his party and Fianna Fáil have drawn up.

“We will do everything to ensure that a small party will be very much involved in putting a shape on this new government.”

Mr Coveney acknowledged that there was a perception that smaller parties get “squeezed out”, but he did not believe that would be the case this time if a smaller party “steps up” and they can “put their stamp” on this government.

The framework document that has been negotiated between Fianna Fáil and Fine Gael is “different from anything seen before,” he said.

The first responsibility was to respond to the Covid-19 crisis and its aftermath. After that it was necessary to respond to the demand for change that the electorate made during the recent election, added Mr Coveney.

The Tánaiste said he was ambitious about the programme for government and through that the framework document “might surprise people” and he hoped that the smaller parties “will change their minds.”

It was important that a majority government be formed as soon as possible as new legislation may have to be passed and decisions may have to be reached in the coming weeks that will not be popular.

To do that will require a majority in the Dáil, he pointed out.