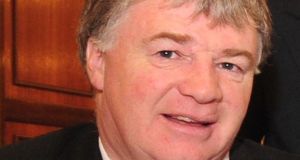 At least one Waterford City and County Council staff member was disciplined after the local authority bought 60 new vans which sat in storage for months because they were ordered without proper permission.

The deal, which involved €1.4 million, was eventually completed to the satisfaction of the council but a subsequent audit report said the matter involved a “serious breakdown in internal control and supervisory oversight”.

Council chief executive Michael Walsh said media reports that the vans had been bought when they were not needed were incorrect. He said the issue was that a deal designed to replace an ageing van fleet was progressed outside proper procedure.

“The process was halted, there was a row, and then it was restarted and completed, still with the preferred tender,” he said. The eventual leasing deal agreed with the supplier represented “good value for money”.

Cllr Joe Conway said the way the deal occurred was “embarrassing and worrying to say the least”.

According to the audit report the council commenced a tendering process in late 2015 aimed at replacing its van fleet. A presentation was made to senior management in early 2016 which set out various funding options.

However, it says a number of middle management staff then “engaged in activities outside the tender process” which led to an order being issued for the 60 vans, with a leasing agreement being entered into with a financial institutions for incorrectly calculated monthly payments of €24,436.60 over five years [€1.46 million] resulting in a full upfront payment to the van supplier”.

Neither the senior management staff nor the consultants that had been engaged for the process were aware of the transactions until the matter was brought to their attention after delivery of the vans began early last year.

Payments ceased and an internal investigation was undertaken as management worked to regularise these transactions,” the auditor said in the report.

“When I visited the machinery yard the vans remain unused and in the possession of the council,” the auditor said.

In his response to the auditor, Mr Walsh said an investigation had been carried out, disciplinary measures were invoked, there was no loss to the council, and deal was concluded in full compliance with the original tender. The vans are now being brought into use.