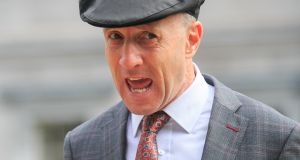 Income from the carbon tax increase in the budget will be used to pay a number of social welfare provisions, Minister for Equality Roderic O’Gorman told the Dáil as he faced fierce criticism from the opposition over the €7.50 carbon tax rise.

The increase is equivalent to 2.1c per litre of petrol and 2.4c on a litre of diesel.

The tax hike was approved by 91 votes to 53 and takes effect from midnight.

Mr O’Gorman said over the next 10 years the annual increase of €7.50 per tonne of carbon dioxide emissions will contribute to 15 per cent of Ireland’s carbon emission cuts.

The Minister said that €20 million of the tax would be used to pilot an environmental programme in agriculture, which is a recognition of the “precarious nature” of farm incomes around the country and the importance of supporting farmers in making these changes.

Sinn Féin health spokesman said David Cullinane said the tax would be locked in every year but the mitigation measures would not be locked in.

He said people in rural Ireland were dependent on the car because there was no proper public transport.

Labour TD Brendan Howlin said supporting the carbon tax was the acid test of how serious Ireland was about its carbon emission obligations.

Independent TD Michael Healy-Rae, whose businesses in Kerry include a petrol station and shop, described the increase as “one of the most vicious attacks on rural Ireland” which would increase the cost of living.

He said that “unless you have 100 grand for a high end car you’re not going to see the benefit of this tax”.

Independent TD Carol Nolan said the increase would effectively mean a pay cut for farmers and the punishment of rural Ireland “for the sake of aspiration”.