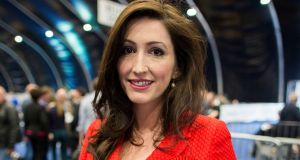 Sinn Féin’s Mairtin Ó Muilleoir joked that his election in South Belfast became official only when he posted the result on Twitter.

“How do you spell elected?” the former lord mayor of Belfast quipped, as the photographers closed. The avid social media fan added: “It’s official now, it’s on Twitter.”

Mr Ó Muilleoir polled some 5,207 first preference votes in what he described as a “wonderful constituency”.

“Sinn Fein’s vote is up two percentage points from the last election. It is the highest vote ever for Sinn Féin in South Belfast and that is an endorsement of the rainbow coalition in South Belfast.”

There was a lull in proceedings as the myriad of independents and smaller party candidates were eliminated and it was not until the eighth count that Paula Bradshaw of the Alliance Party was deemed elected.

She paid tribute to her high-profile predecessor Anna Lo, adding: “I am so delighted. It hasn’t sunk in yet. We look forward to getting stuck in, in the Assembly. I have 19 years of community development in South Belfast and I really want to make sure that the stuff we are bringing out really helps the people and deals with the issues they are facing in everyday life. I just want to bring a bit of practicality to it – a bit of delivery.”

Claire Hanna of the SDLP took the third seat shortly after midnight.

In the early hours of Saturday morning there was a flurry of activity with three candidates Clare Bailey of the Green Party, the DUP’s Emma Little Pengelly and Christopher Stalford confirmed in round 12.

Although she was not at the count centre in Belfast’s Titanic Quarter, her campaign manager, former flag protester Jamie Bryson said she was bitterly disappointed. “I take full responsibility for the poor showing,” he said. “We will take lessons from this but there is no such thing as defeat in politics – just another round.”

Ms Patterson will consider her political future in “due course”, he said.