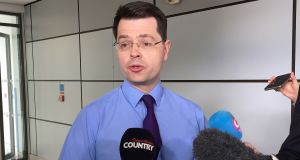 The atmosphere during Holy Week at Stormont in 1998 was a lot different to the one now.

In the feverish days leading up to Good Friday 1998, the North was on the cusp of a great and historic deal.

The mood swung between optimism and despair. Rev Ian Paisley was protesting against any sellout at Stormont, where the world’s media was camped, waiting to capture a big moment. At the same time, Tony Blair and Bertie Ahern were coaxing David Trimble into a groundbreaking accord with nationalism and republicanism.

In the end, it somehow all worked out; as the snow fell on Good Friday the Belfast Agreement was done.

There are a range of matters up for negotiation, including the Irish language, the past, Brexit, a budget, a programme for government, a Bill of rights for Northern Ireland, same-sex marriage and whether DUP leader Arlene Foster must remain out of the Northern Executive pending the outcome of the Renewable Heat Incentive inquiry. And then there is also the important but more intangible issue of creating a respectful powersharing administration

Good manners in politics demonstrably matters because it was perceived DUP bad manners that brought Sinn Féin within one seat of the unionist party after the Assembly elections in March.

That comes back to Foster’s “don’t feed the crocodiles” comment and what nationalists judged to be her contempt for the Irish language and – by extension – what many of them saw as her more general disdain for Irishness. That may be unfair to the DUP and Foster, but it prompted a surge in the nationalist vote regardless.

But you can over-egg the respect issue, as the now former UUP leader Mike Nesbitt noted in a recent statement.

He referred to how Gerry Adams recently described former Northern secretary Owen Paterson as a “complete tube”. Nesbitt also noted how, in a reference to unionists, the Sinn Féin president spoke about breaking “these bastards” on the “Trojan horse” of equality – although Adams later said he was talking about “bigots, racists and homophobes”.

And then there’s an incident in the European Parliament where Sinn Féin MEP Martina Anderson advised British prime minister Theresa May “to stick it where the sun don’t shine”.

The issue of respect being a two-way process was well-made by Nesbitt.

But where does all this leave the current talks? Stuck in gridlock is the answer, if the comments from Sinn Féin’s Gerry Adams and Michelle O’Neill and the DUP’s Foster and deputy leader Nigel Dodds are to be trusted.

Yet, going by the recent years of negotiations that brought us the Haass talks, the Stormont House Agreement and then the Fresh Start Agreement, it is clear there is a blueprint for a deal available if the politicians choose to use it.

The two main blocks to agreement, sources say, are dealing with the past and the Irish language. As ever, if both the DUP and Sinn Féin want a deal, a deal can be done.

Ahead of critical periods of negotiations politicians must engage in manoeuvring, and posturing before settling down to real business.

But indications were last night that Mr Brokenshire, Minister for Foreign Affairs Charlie Flanagan and the parties were coming to the view that they have not yet reached hardball talks and there was little point in continuing to Good Friday when there is just no evidence of the energy, edge, excitement and possibility of compromise that was present in Holy Week 1998.

It seems the parties will make another attempt in Easter week.