Q&A: What is going on in Northern Ireland? 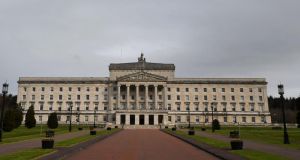 What’s this about new political talks in Northern Ireland?

The British and Irish governments and the northern parties are embarking on a new attempt to reinstate power sharing in Northern Ireland. The talks in Stormont follow the failure to meet last Monday’s deadline for a deal.

These will include roundtable talks with the British and Irish governments that had been missing from the last round of talks, which a range of Stormont parties described as “shambolic” and “shapeless”.

Why is Northern Ireland once again bogged down in political stalemate and crisis?

The so-called “cash for ash” controversy catapulted the North into another political crisis that led to the collapse of the Stormont administration.

The row centres on the botched Renewable Heat Incentive (RHI) scheme. The scheme was introduced in 2012 under DUP leader Arlene Foster, who was the then minister for enterprise.

It was subsequently revealed that the scheme could result in an overspend of up to £490 million, setting in train a series of events that crashed the Northern Executive and Assembly.

How did it crash?

This triggered snap Assembly elections in March, in which Sinn Féin came within just one seat of the DUP in the new 90-seat Assembly.

In the previous Assembly, which had 108 seats, the DUP was 10 seats ahead of Sinn Féin.

Unionists also lost their overall majority at Stormont for the first time in the vote.

The result bolstered Sinn Féin in particular and has led to calls for a Border poll on a united Ireland, all of which has caused anxiety among unionists.

Is the RHI debacle being addressed?

Yes, a public inquiry under retired Belfast High Court judge Patrick Coghlin has been set up. The investigation is expected to report in six to 12 months.

Legislation has also been put in place to try to claw back some of the estimated overspend.

If the RHI debacle is being addressed, shouldn’t the Northern Executive and Assembly be restored?

It remains to be seen. The election and the parties’ electoral campaigns have changed the political atmosphere and landscape in the North.

DUP leader Ms Foster was accused during the campaign of being disrespectful to nationalism, of failing to engage in good-mannered powersharing, and of disparaging the Irish language.

In addition, subjects such as Brexit, dealing with the North’s legacy issues, the Irish language, same-sex marriage, a programme for government and just getting Stormont to work with a reasonable degree of harmony have risen up the political agenda.

As a result, negotiations on forming a new government have been continuing since the election.

What happens if the talks fail?

There is no absolute deadline for reaching an agreement on the current talks. If no deal can be reached then Northern Secretary James Brokenshire may be call fresh Assembly elections. Ultimately if the North’s politicians cannot resolve their differences, then direct rule from Westminster would likely be introduced, with some input from Dublin.

There would also be some nationalist calls for joint British-Irish authority.

In the final analysis, it could be that after 10 years of powersharing Stormont would be mothballed for an indefinite period, with all the dangers and uncertainties that that would create.