Workplace Relations Commission hears restaurant manager was given no notice 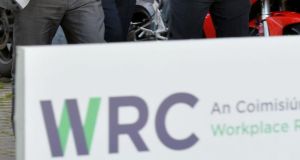 The Workplace Relations Commission found the employer failed to rebut the prima facie case made by the worker that she was sacked because she was pregnant. Photograph: Alan Betson

The manager of a seafood restaurant who was six months pregnant was told she had lost her job because “business is business” and to enjoy her maternity.

The Workplace Relations Commission has ordered the restaurant owners to pay the woman €30,000 after finding she was discriminated against when sacked while pregnant.

The woman was pregnant when she started work at the restaurant in March 2015 and told her bosses some two months later after having an ultrasound which showed everything was in order.

The woman’s due date was September 16th, and she said there was a change in the work atmosphere after she notified her bosses that she was pregnant.

She said she was sacked without prior warning within five weeks of telling her bosses that she was pregnant.

The woman told the commission that after being told she was losing her job, she became breathless and could only ask whether it was a final decision. She said that after the two-minute meeting she broke into tears and was shaking and unable to drive home.

She told the hearing she was given no notice of her dismissal, she had not been subject to any disciplinary procedures and there had been no previous meetings or conversations suggesting a decision to dismiss her.

The employer told the hearing that the worker’s dismissal arose from her performance during her probation period and was unrelated to pregnancy.

The adjudication officer in the case, Aideen Collard, accepted that the employer had not sacked any other pregnant employees in the past.

However, Ms Collard said the employer failed to rebut the prima facie case made by the worker that she was sacked because she was pregnant.

Employment law expert Richard Grogan, who was not involved in the matter, said the case “falls into the classic ‘new employee gets pregnant, gets fired’ category”.