Taoiseach say his focus is on Brexit and on the budget, ‘so nobody need plan for an early election 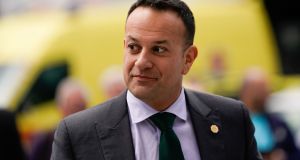 Taoiseach Leo Varadkar has told his Independent colleagues in Government he will inform them if he chooses to dissolve the Dáil early to hold a general election.

However, Mr Varadkar reassured his Ministers at a meeting on Monday that it was not his intention to give the impression in weekend comments that he favoured an election soon.

The Taoiseach was said to have addressed the issue unprompted at the Cabinet meeting, leading some of his Ministers to conclude that Independent members of the Government may have been unhappy with comments he made.

On Sunday, as counting continued in the local and European elections, Mr Varadkar said he could not rule out calling a general election before the pending byelections that will be needed to fill the Dáil seats of TDs who become MEPs .

The writ for the byelections must be moved within six months of the new MEPs taking up their seats on July 2nd.

Senior Fine Gael figures downplayed the prospect of an immediate general election unless it was forced on the Government, with Varadkar saying at the weekend he would not call one “in the next couple of days or weeks”.

“As long as the Government can function and function well, we can get our job done and get our agenda through, well then there is no need for an election,” he said at the RDS. “But if that becomes a problem, well then that changes things.”

At the weekly Cabinet meeting on Monday he told his colleagues he did not want to give the impression that he would be seeking an election within the coming weeks, sources said.

That was “not the impression he wanted to give”, one well-placed figure said.

Mr Varadkar also told the Independents he would tell them if he was seeking an early election, rather that have them hear through the media.

On Tuesday in Brussels, where he was attending a meeting for EU leaders, the Taoiseach was asked if he regretted raising the prospect of an election over the weekend.

“It is a statement of fact in that I cannot rule out the Dáil being dissolved early because this is a minority Government. I can say my focus is absolutely on the job, keeping the economy strong, creating jobs, improving living standards.

“My focus now is on Brexit, and on getting the budget through, so nobody need plan for an early election, it won’t be one that is caused by me.”

He was also asked if he would beat the past number of electoral performances of former taoiseach Enda Kenny, his predecessor as Fine Gael leader.

“Well, we just have in both the local and European elections – our vote share is up, 1.5 per cent in the locals and 7 per cent in the Europeans. So we have done it twice, and hope to do it a third time at the general election.”