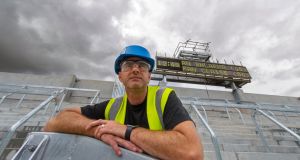 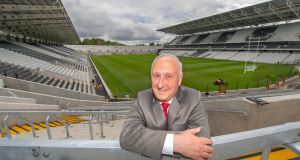 The works increased the ground’s matchday capacity by 1,500 to 45,000 and facilities such as dressing rooms, bars, shops and bathrooms have been significantly upgraded.

The first players to use the new facilities were the premier intermediate hurlers of Blarney and Valley Rovers, who faced-off in the in the county championship before a crowd of more than 10,700 people on Wednesday evening.

The fixture, won by Valley Rovers, was held ahead of the ground hosting this weekend’s All-Ireland Senior Hurling Championship quarter-finals between Clare and Tipperary and Wexford and Waterford.

Bob Ryan, chairman of the steering committee for the stadium’s redevelopment, said it was a “really proud day for the GAA in Cork”.

“Facility wise we are as good as anybody,” he said. “It is a massive financial boost for the region . . . There isn’t a hotel to be got in Cork this weekend. I spoke to people who are travelling to the matches and they are staying as far west as Macroom. Bandon, Kinsale, all those places are benefiting because of this development.”

The people behind the stadium estimate the revamped Paírc Uí Chaoimh will give the local economy a cash injection of €12.5 million per match or event held.

The Stadium Business Committee must find €16 million and as a means of raising this, Cork GAA will sell naming rights to the stadium. There will be no corporate boxes but there will be more than 2,000 premium seats costing €6,500 for a 10-year ticket.